DECCAN CHRONICLE. | SUBHASH K JHA
Published Mar 30, 2019, 7:39 am IST
Updated Mar 30, 2019, 10:50 am IST
A rousing performance by the rapidly-evolving Jim Sarbh who rescues this four-story building from an impending collapse.

Alas, high ambitions are largely thwarted in this interesting-in-parts but way too anxious to shock, series caught into its web.
Rating:

The foundation of the stories  is disconcertingly wobbly. Considering it comes from one of my favourite contemporary filmmakers Bejoy Nambiar whose last  Malayalam  film Solo knocked   the breath out of me, the product is a special letdown. Nambiar and his  directors  make a pitch for stories that have a U-turn twist  mid-way .

Swerves you right? Not quite! The twists that coil and recoil across the vibrant but timed-out  narrative canvas, leave us with more unanswered questions than the suspense format permits. It’s like every story wants  to grab us by our collar.
The first story is helmed by  the redoubtable Ranveer Shorey who plays a whitecollar guy whose life is screwed up by  an incident from his college days. At a party he spots the man who did his self-confidence in. Small world, large ambitions. What  follows is more amusing than  disturbing. The episode’s tonal shifts are achieved with all the grace of an elephant walking across a manicured lawn.

Not even Shorey’s sincere performance can evoke even a dot of empathy for the persecuted character he plays. While Bejoy Nambiar’s trademark humour that he implants in the shadows  of anxiety, shines through in some scenes, the story just doesn’t hold together.

The second story Happy Birthday directed by Aman Sachdeva attempts to satirise  the cult of  blind faith and superstition. But the chatty freewheeling format, the semi-hallucinogenic treatment and the  corny conversations among a  group of friends who seem so high on hash that they  are  bound to make a hash of their lives, is not quite the situation that generates a thoughtful debate on rationale and blind faith. Arjun Mathur as a guy who believes he is done in by the number ‘4’ barely passes muster. This four-play, after Mathur’s   thoughtful sensitive performance in the recent webseries Made In Heaven, is particularly  bothersome. In one sequence Mathur is seen ready to have sex with his girlfriend. She moans about ‘protection’. He ignores. Years later she shows up with his child like Sharmila Tagore in Manmohan Desai’s Aa Gale Lag Ja.
Eras, values and formats change. Content remains unmoved.

The strikingly-shot story Hunt  directed by Bejoy Nambiar, follows a bunch of red-clad jungle fugitives as they are followed by  uniformed gun-men trained to shoot on target. There is a certain intrinsic tension in the plot and the actors look like they enjoy the outdoors. But the story is eventually more interested in doing that ‘flop’ from that ‘flip-flop’ promised in the series’ title than in actually making a lasting impression. 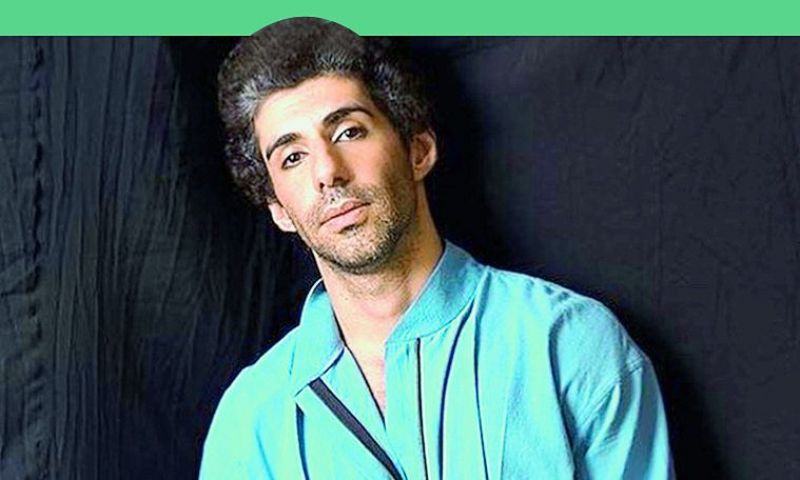 Hunt looks deep dark and  mysterious  thanks to Jay Oza’s  snappy-yet-meditative camerawork. This is one of  the better stories of the quartet. But the best one is Massage a sprawling satirical tragic devastating saga of  family business and betrayal with a kickass performance by Jim Sarbh as a Parsi dikra whose best friend (Viraf Patel) takes him for an adventure ride that delivers excitement than anyone had bargained for.

Though many portions of this tale are hard to believe, and the narrative constantly dares us to disbelieve, and although some  of the Parsi accents are more fake than Vivek Oberoi’s Modi  beard, Massage kept me watching for Sarbh’s towering performance which partly echoes Daniel Day Lewis’ classic My Left Foot.

Alas, high ambitions are largely thwarted in this interesting-in-parts but way too anxious to shock, series caught into its web. Everyone needed to just take a deep breath while shooting these stories  instead of being perpetually on the edge.