Mumbai: Last week we put up a poll on Twitter asking our followers which movie among 'Dangal', 'Sultan' and 'Raees' according to them is the best. Almost four thousand people voted and the result might shock you.

Even though 'Dangal' is the highest grossing Indian film earning close to 400 crore in the country, audiences chose 'Raees' as the best film with 49% votes. Salman Khan’s 'Sultan' came second with 36% votes and 'Dangal' with a shocking 15% votes. 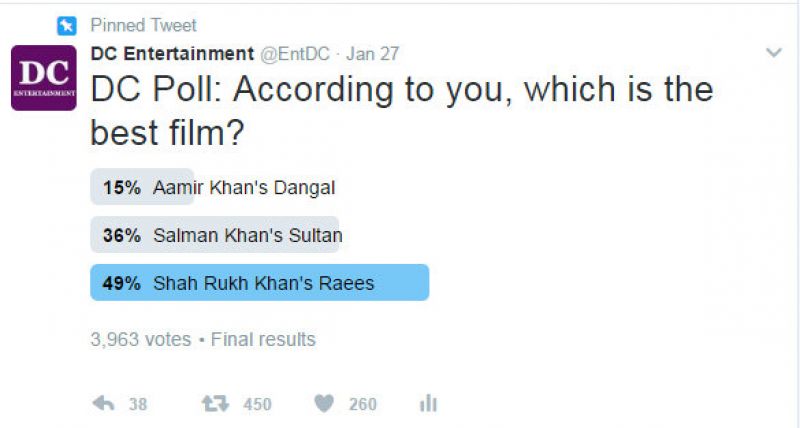 It is very unusual to see 'Raees', that was recently released, at the top of the poll as the best film, even as Salman's 'Sultan' has crossed 300 crore and Aamir Khan's 'Dangal' has broken all the box-office records, and the SRK starrer seems unlikely to match the collections of the other two films.

What do you think could be the reason? Is it because SRK's movie recently released or is it his massive fan following?