Kamal Haasan kisses his daughter Shruti at her birthday party

Actress Shruti Haasan, who turned 30 on January 28, held a very low-key birthday bash in Chennai. We managed to get our hands on a few pictures of the birthday girl and her guests at the bash.

Shruti, who will be seen in the upcoming John Abraham film ‘Rocky Handsome’, organised a small birthday bash and called on some of her closest friends and family members. Early in the day, the actress chose to do something a little different by celebrating her day with an NGO supporting a blind school for children.

The evening party had Shruti’s sister Akshara, father Kamal Haasan and a few former co-stars in attendance. The actress cut her large three-tiered cake with her dad and sister by her side. 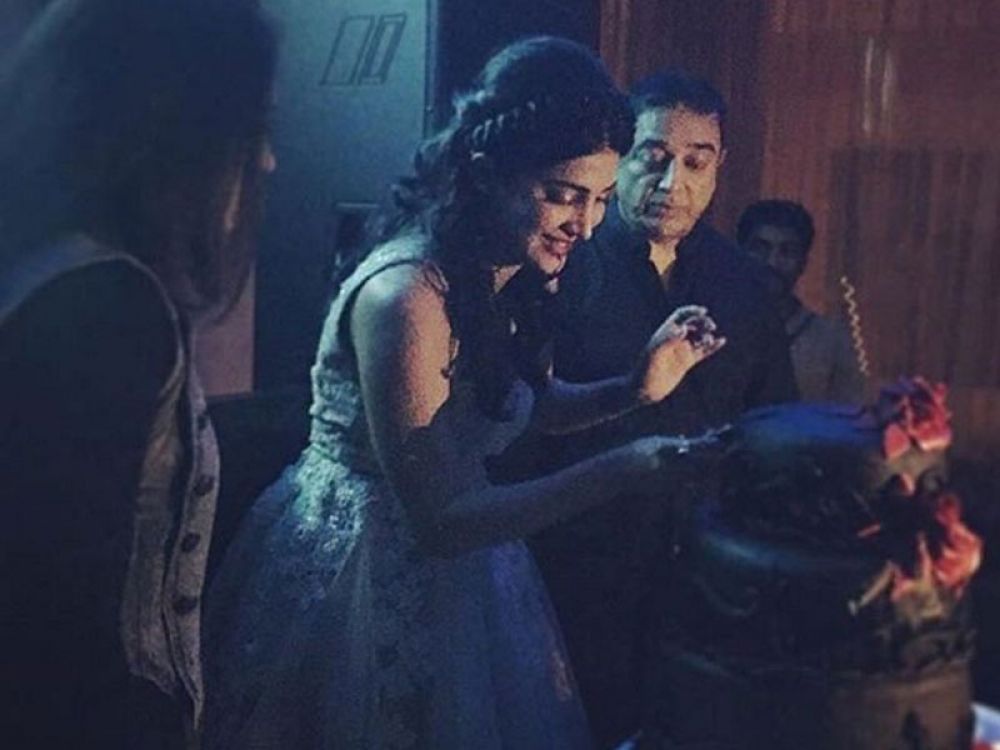 Shruti gets ready to cut her giant cake with daddy Kamal and sister Akshara by her side.Kamal brought his partner Gauthami along to the bash, and the four were seen posing together for pictures. 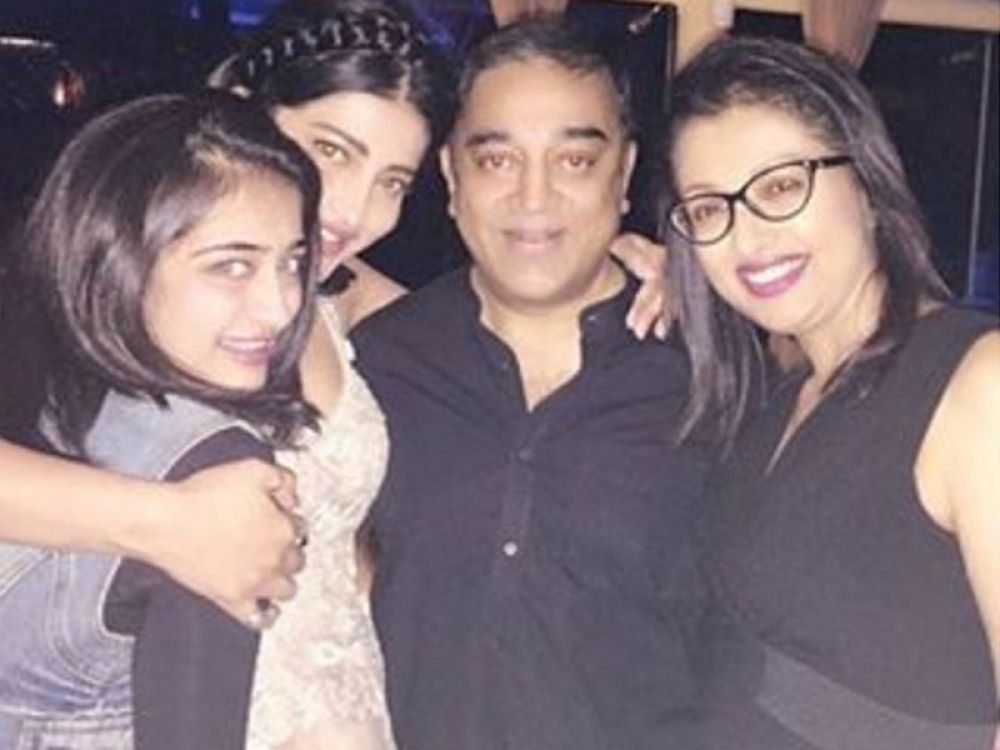 Akshara, Shruti, Kamal and his partner Gauthami pose together for a family photo. 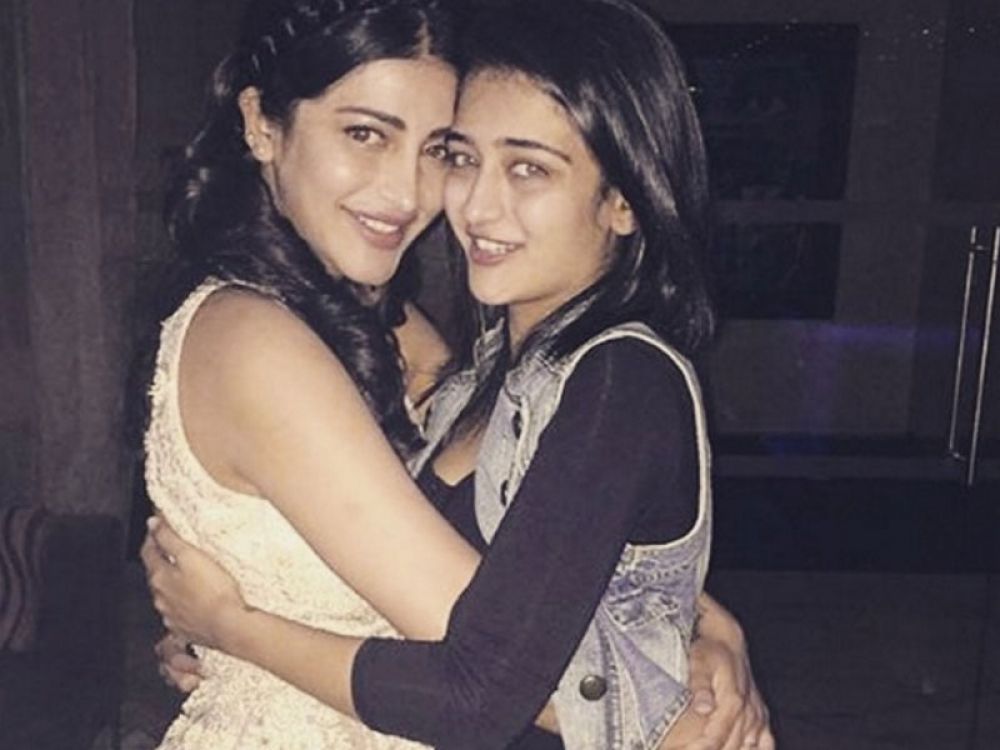 According to a report, the actress had her closest friends fly down from different parts of the country to be present at the party. 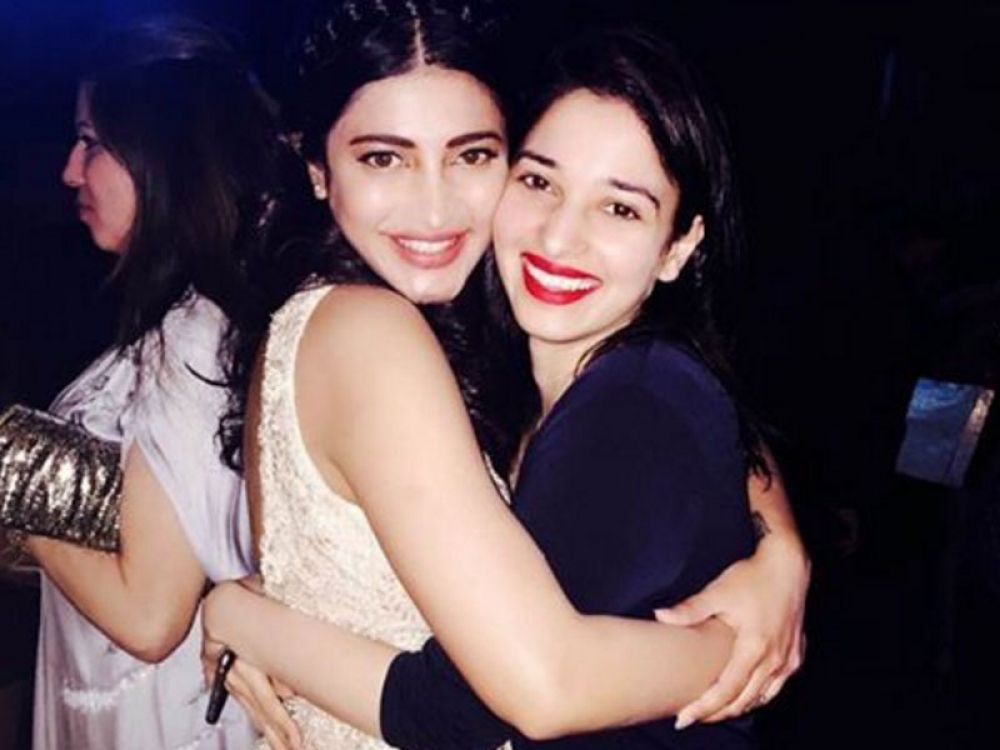 Shruti locks Tamannaah in a tight embrace as they pose for a picture. 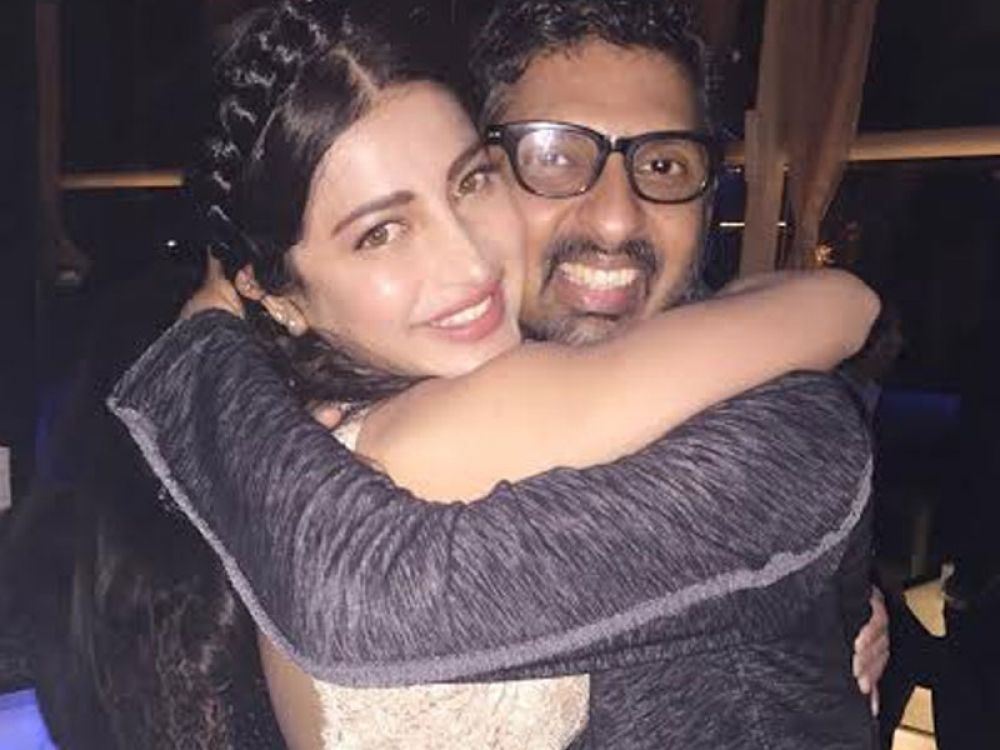 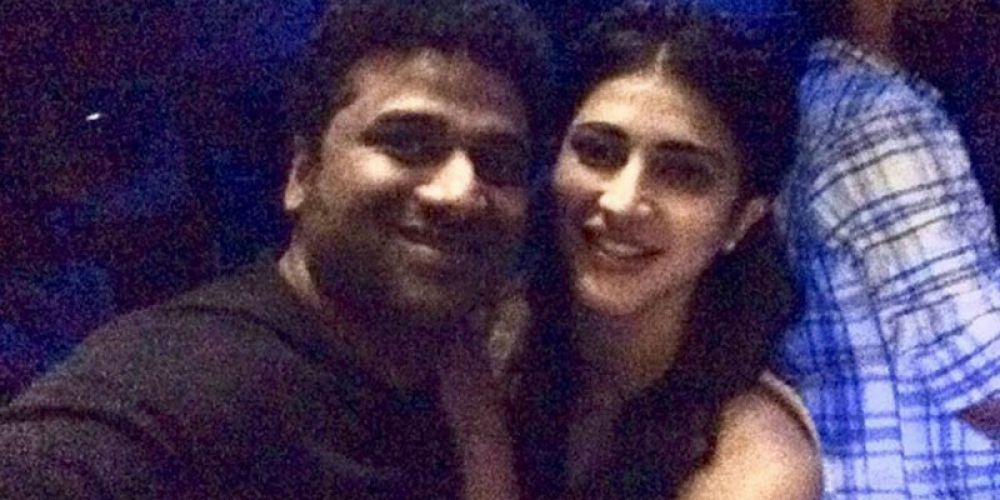 The birthday girl poses with Devi Sri Prasad for a selfie at the bash.