This is why Rani Mukerji's Hichki is 'special' film in Bollywood

DECCAN CHRONICLE. | DYUTI BASU
Published Dec 29, 2017, 2:46 am IST
Updated Dec 29, 2017, 9:17 am IST
Hichki is the latest in a group of films that seeks to treat the subject of disabilities and disorders with sensitivity and tact.

Rani Mukerji at the trailer launch of 'Hichki'.

Mumbai: Playing the role of a teacher, Rani Mukerji teaches chemistry to a class of 17 students, her speech peppered with multiple vocal tics, as she compulsively wipes her chin with her fist. Then she continues. This simple but poignant portrayal of Tourette syndrome, as seen in the trailer of Sidharth P. Malhotra’s upcoming movie Hichki, goes beyond the usual pity reaction that one usually associates with persons with disabilities.

While Hichki is tackling a neurological disorder, there have been a handful of movies that have taken up different mental and physical disabilities, and given them a sensitive treatment on the big screen. My Name is Khan dealt with autism, while Margarita, with a Straw was a poignant portrayal of both a person with cerebral palsy and a blind person. Barfi too used a mix of humour and pathos to portray autism and deafness, while Taare Zameen Par dealt with dyslexia, which is a common learning disability in children. 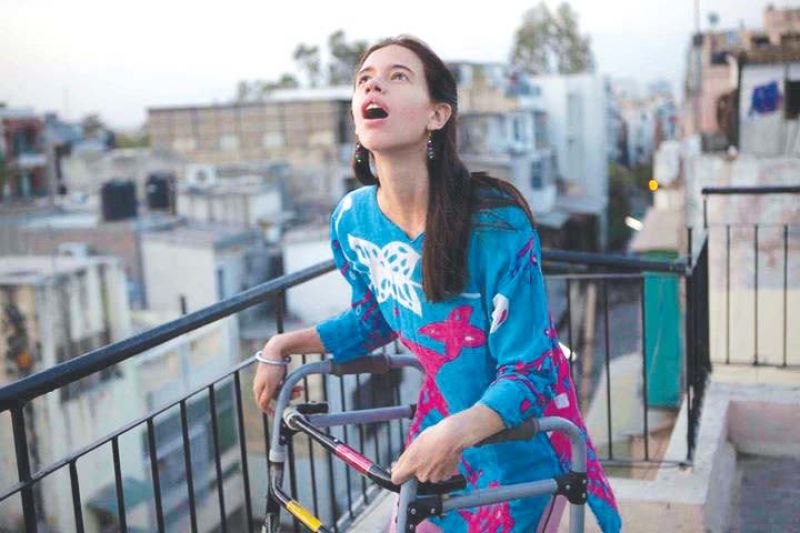 Kalki Koechlin in Margarita with a Straw

While these films are always welcome, the makers always have a certain responsibility to uphold. “It is very important to ensure that the portrayal is authentic. At the same time, one needs to go beyond pity. The takeaway from these films needs to be that people with disabilities are not any different from us. When people watched Margarita, their reaction was to say ‘Laila is a rebellious teenager, just like us’. That’s the effect one should look for,” explains Shonali Bose, director of Margarita, with a Straw.

At the trailer launch for Hichki, Rani reiterated that one must never forget that these are real people that one is portraying. “First of all, I would like to say this isn’t a subject but a part of many lives. The people who suffer from the syndrome are challenged in every part of their lives. During research for the role, I met many kids who suffered from it and their parents. They haven’t been able to come out (and talk about it) properly in India. If you look at America, where there are stand up comedians who have incorporated their Tourette’s in their act. So, now, when we start talking about it in India, I am sure lot more people will come forward and talk about their experience,” she explained.

Neeraj Kabi, who is also a part of the film, agrees completely. “It’s a wonderful thing to be made aware of these kinds of syndromes in human beings so that we can empathise with them. When you make these films, you walk a delicate balance — you need to give them a delicate treatment, but at the same time make them mass appealing by giving it a good story,” he explains.

Shonali adds that research is very important when dealing with such sensitive subjects. “For instance, when Kalki was in talks with a speech therapist to learn more about her role, she learned that people with cerebral palsy often get out of breath. So, she needed to incorporate that into her speech. For Khanum’s character, we spoke to other women who are blind. One of them told us how she likes to pick out the colours of her clothes according to feel. So, it’s not like she would just pick up and put on whatever she could get her hands on. We took this characteristic and Khanum is seen dressing in very flamboyant colours,” she explains.

Neeraj says that the trick for a perfect portrayal is to find a niche that lies in between a fully commercial film and a documentary. “Since you want to reach the masses with these films, it cannot be given the treatment of a straight-out documentary. However, at the same time, to compromise on any authenticity for the sake of commercial success, is unforgivable here. If you want a purely commercial hit, then these are subjects best left alone. One needs to find a happy balance between the two,” he asserts.