Saif and Kareena while exiting a restaurant in Mumbai. (Photo: Viral Bhayani)

Mumbai: Kareena Kapoor Khan and Saif Ali Khan became parents to their first child on December 20, with the couple giving a glimpse of the baby, Taimur, to the media outside their home few days later.

The mother and the baby looked healthy in that appearance and Kareena, on Wednesday, stepped out with Saif for the first time after the new arrival in their life. The couple was seen exiting a restaurant in Mumbai.

Saif and Kareena flaunted a radiant glow on their faces after becoming parents and Kareena particularly looked extremely beautiful. 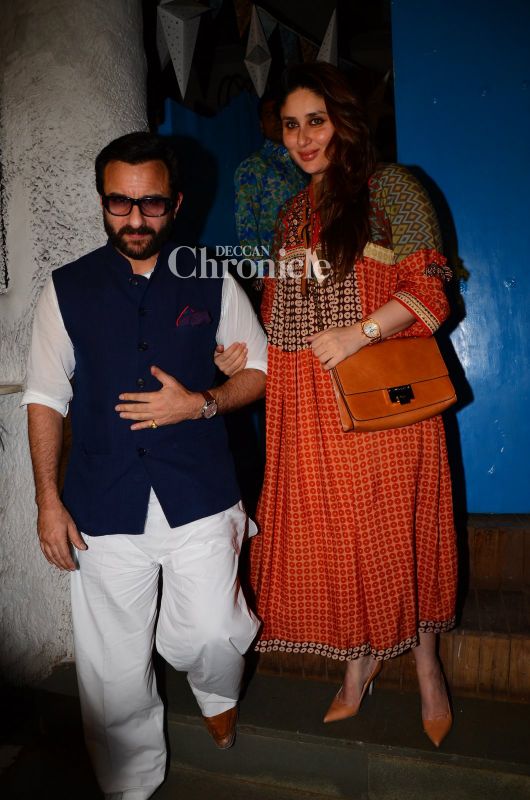 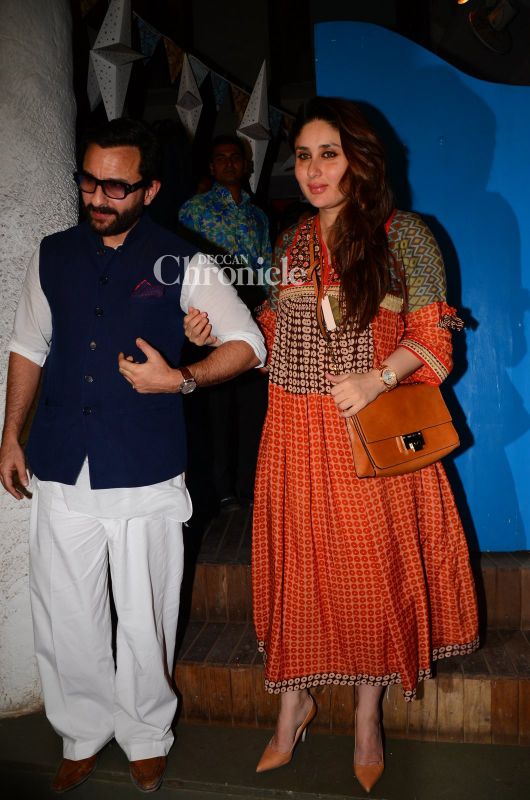 Saif is reportedly on a paternity break till January next year to spend some time with the baby. It is also being reported that Kareena and Taimur will accompany him for the shooting schedule of his film 'Chef' in Europe.

The makers of Kareena’s film ‘Veere Di Wedding’ starring Sonam Kapoor and Swara Bhaskar are also waiting for Kareena so that they start the shoot of the film.