SRK also has a Republic Day release in 2017, with Rahul Dholakia's 'Raees'.

Mumbai: Fans can seldom get enough of Bollywood's Khan triumvirate, and when they come together, it's always a time to rejoice.

The film, also starring Anushka Sharma, will be releasing on Ausgust 11, 2017.

Salman took to Twitter to announce the news in grand style, and fans have been going berserk ever since. 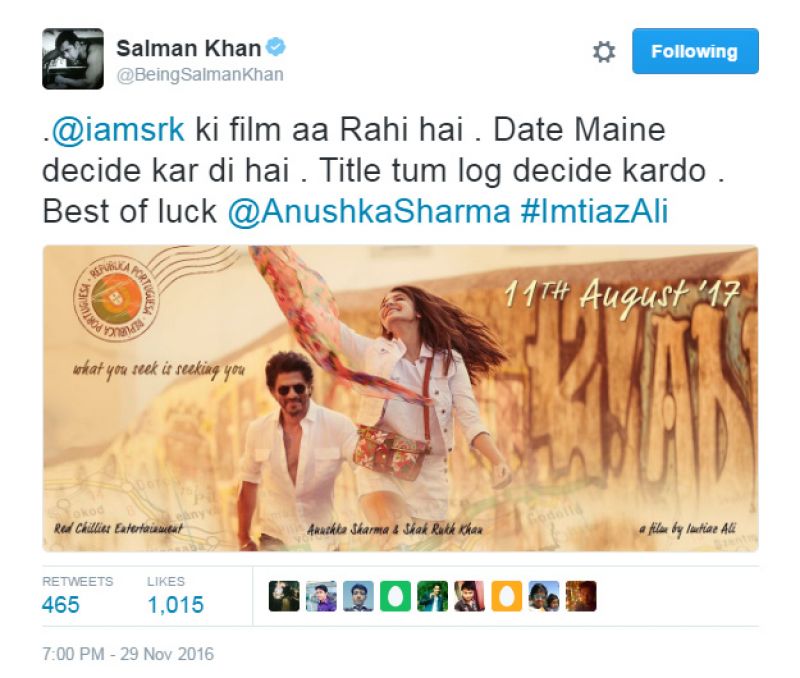 While the film had been tentatively titled 'The Ring,' it's now been revealed that the film as yet untitled, and Salman also urged his followers to go ahead and suggest a suitable name.

What followed was an adorable banter involving all leading stars as well as SRK's 'patient' Alia. 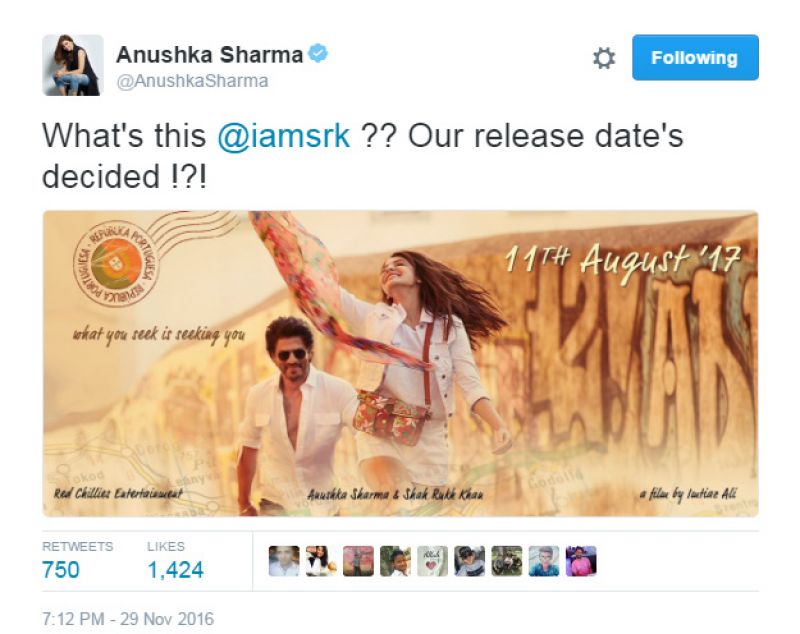 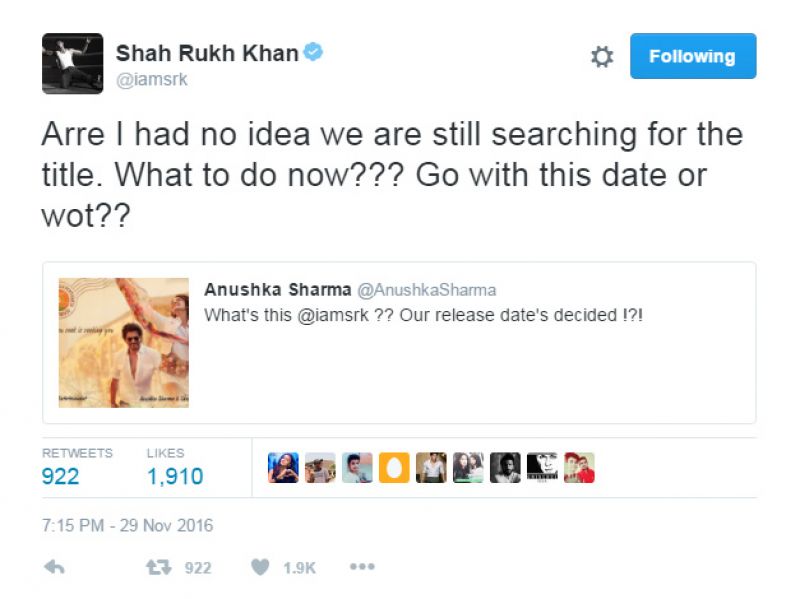 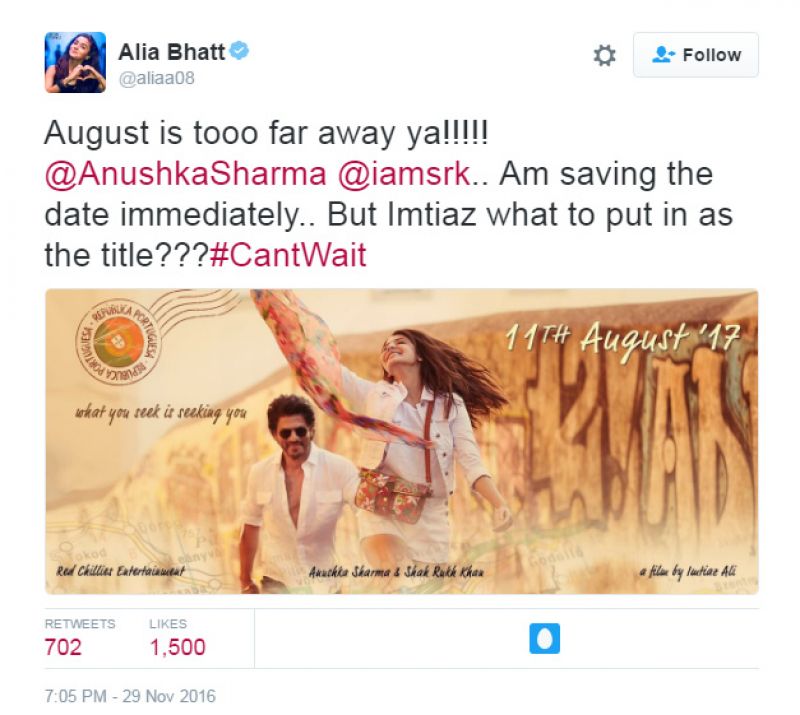 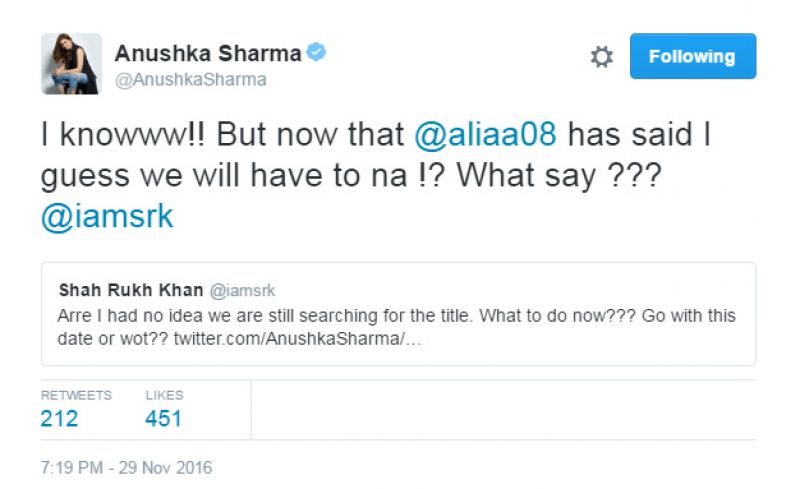 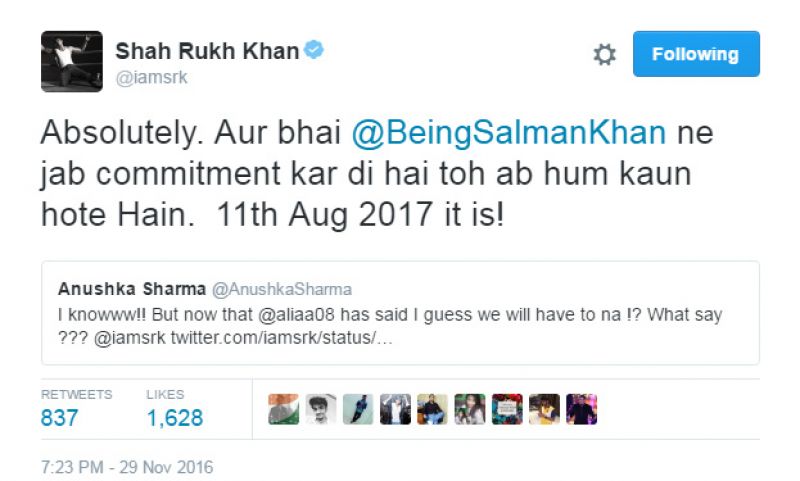 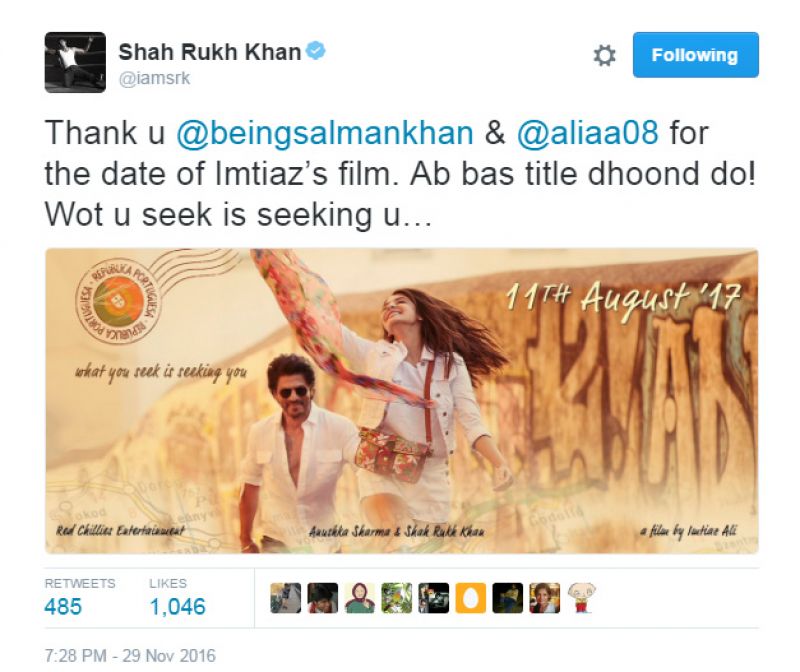 While Shah Rukh is basking in the immense critical and commercial success of his recent Gauri Shinde helmed 'Dear Zindagi,' Salman has been canning his Kabir Khan helmed 'Tubelight'.

With such beautiful bonhomie going on, when can we see the two re-unite on the big-screen?