Mumbai: It was a bittersweet last hurrah as the curtains descended on the Jio MAMI 21st Mumbai Film Festival with Star, on 24th October 2019, at JW Marriott Juhu. To the film buffs who spent the past eight days camping out at one theater after another, it marked the end of days of nonstop cinematic excellence, insightful masterclasses, thought-provoking panel discussions with international film greats, and most importantly, of intense, accelerated learning condensed into just over a week – indeed one of those occasions that you wish would never come to an end.

The thing everyone will miss most is the sense of community that the festival inspires and creates. The line ups where you make friends, the endless conversations with strangers who seem like friends because they love cinema as much as you do and the electric energy of hope at every step of the way.

Also present were director Tushar Hiranandani and Taapsee Pannu, the lead of the festival’s closing film, Saand ki Aankh, who were in high spirits following the well-received premiere of their film.

“It’s been a great week of celebrating world-class content and content makers with MAMI. Star India believes in the power of stories and we are delighted to associate with MAMI for yet another successful year,” said Sanjay Gupta, Country Manager, Star and Disney India. 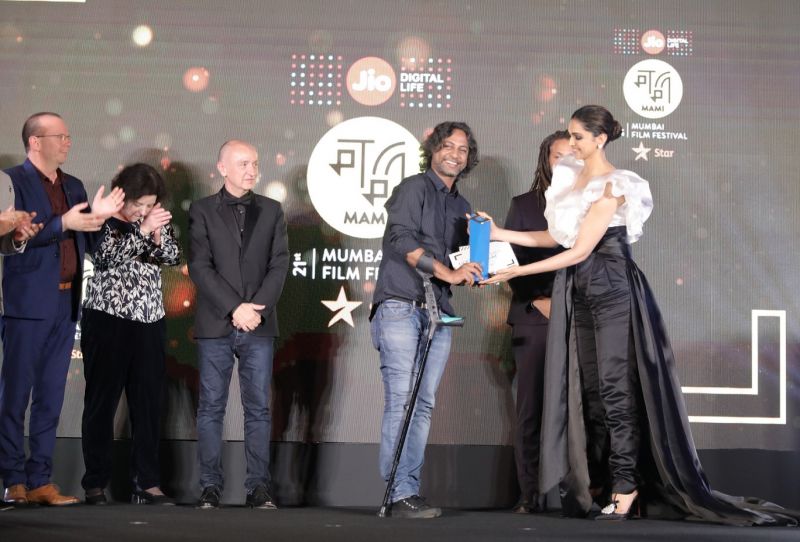 Smriti Kiran, Artistic Director, MAMI said, “Jio MAMI Mumbai Film Festival with Star 2019 has been, by far, the best edition of the festival. My astoundingly brilliant team, devoted volunteers, our partners with unshakeable faith, the festival board, everyone clicked into place to make this happen. The West meshed with India and India meshed with all the different Indias it carries, to celebrate individuality in this glorious communal experience. For the first time I felt all of us together have managed a shift that will galvanize the industry and result in unprecedented united strides. I am filled with hope and purpose and cannot wait for 2020.”

“The twenty first edition of the Jio MAMI Mumbai Film Festival with Star had around 190 breathtaking films in 49 languages as part of its schedule which is quite a fascinating fact itself. Moreover, various masterclasses hosted by preeminent talent in the film business were an add-on to the attendees’ experience. It was a delight to see rare talent from 53 countries bring to the screen their work which garnered praises from the jury and the audience alike. This year, yet again, we are proud to have partnered with the Jio MAMI Mumbai Film Festival with Star. The team has done a brilliant job and we would like to thank them for their infinite efforts they have put together towards this mammoth of a festival,”  said Mr. Ibrahim Hakki Guntay, General Manager at Turkish Airlines – Western and Southern India who also gave away the awards for Special Jury Mention for Dimensions Mumbai and Discovering India sections.

The most eagerly awaited part of the ceremony – the awards – honored the best of the films that were screened at Jio MAMI 21st Mumbai Film Festival with Star. The crowd’s excitement was palpable as the awards were announced, and the joy exhibited by each winner was evident for all to see.

The prevailing mood in the venue as the evening concluded, was one of euphoria from experiencing seven days of memorable cinema, mingled with a hint of sadness at the knowledge that there lies an entire year before we can savor a similar cornucopia of cinematic genius.