Bollywood, an industry, that has been known for it’s dark underbelly of harassment, casting couch and nepotism, has had to finally address its vices. However, what has come across as both shocking and disappointing is that not a single A-list actress has come out to speak about the issue,  except for the token-worthy tweet condemning the issue of sexual harassment in general.

And this is not just limited to Bollywood. While complaints have been made against powerful men in the Tamil and Telugu film fraternity, the top actresses haven’t spoken about the issue at all. Even when actress Sri Reddy came up with accusations of seeking sexual favours against top-notch Telugu actors like Abhiram Daggubati and Nani, she was ticked off as someone looking for lost fame and not a single actress from the Telugu movie industry supported her back then.

Recently, Priyanka Chopra, who has made her mark even in Hollywood now, put out a pitiful tweet addressing Tanushree Dutta’s accusations, that simply said, “Agreed..the world needs to believe survivors (sic).” To which Tanushree had rightfully retorted that she had a name and was more than just a ‘survivor’.  So one wonders, despite making a name for themselves in the industry and placing themselves on the higher ranks of the pedestal, why have A-list actresses, other than Kangana Ranaut, refused to come out in open support of Bollywood’s #MeToo movement? 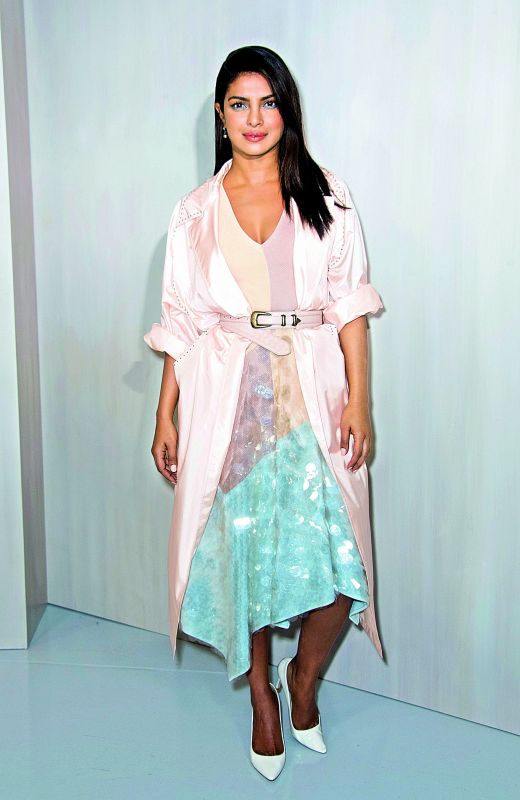 Celebrity hairstylist Sapna Bhavnani is of the opinion that even leading actresses in the industry are gagged, just as any newcomer. “The harassment does not happen only on sets. We as make-up artists and hair-stylists have access to vanity vans. We are witness to a lot of misdemeanor and harassment in such personal spaces as well. But every one is scared to lose their jobs, so obviously no one is speaking up. But the need of the hour, I personally feel, is to strengthen the laws in the country so that a complainant does not need to wait for influential people to support him/her for their complaint to be valid ated and taken seriously.”

Many leading actresses, who had once spoken up about the harassment that they had faced while working on movies, have only one thing to say now: “Forget it!”. The grapevine is abuzz that actress Bipasha Basu faced a very ugly incident with filmmaker Sajid Khan back when she was working with him. Although, she did talk about Sajid misbehaving with women, she never brought forward this incident where she was embarrassed by Sajid.

Actress Jacqueline Fernandez, who has been very closely associated with Sajid and has worked on several movies with him, chose to put out a token statement about how “sexual predators are everywhere and even in our own household,” dismissed the systemic harassment that young newbie actresses face as they enter the industry. Apparently, even former Miss Universe, Sushmita Sen was rumoured to have faced harassment by a big actor in her early days.

In a conversation with critically acclaimed actress, Tisca Chopra, she says while she cannot speak for those who have refused to be vocal with their support, she thinks it is #TimesUp for Bollywood as well. “I have been clear that I welcome and support the ones reporting their harassment. I truly think #TimesUp... and that is all I can say on the matter. Fortunately there are bodies being set up by the association of actors and others where complaints will be looked intro by a body of women appointed specifically, to take the necessary action... as an individual I am there to support anyone who comes to me with an issue,” she says, asserting her support.

While Kangana Ranaut has been very vocal about  her support to the survivors and called out director Vikas Bahl for his misbehaviour, we still await to see more support from other influential actresses.