Mumbai: Shah Rukh Khan has been shooting for the film ‘The Ring’ opposite Anushka Sharma in Lisbon. Some pictures from the shoot that made its way to the internet made us believe that the couple were shooting for a song and the chemistry between them was there for everyone to see.

With so much of shooting, the cast and crew of the film would definitely need a break and Shah Rukh thought of trying out something different during one of these lunch breaks. The actor posted a picture of his ‘lunch’, and wondered how he could eat something that looked ‘so scary’ and had ‘3 hearts’. 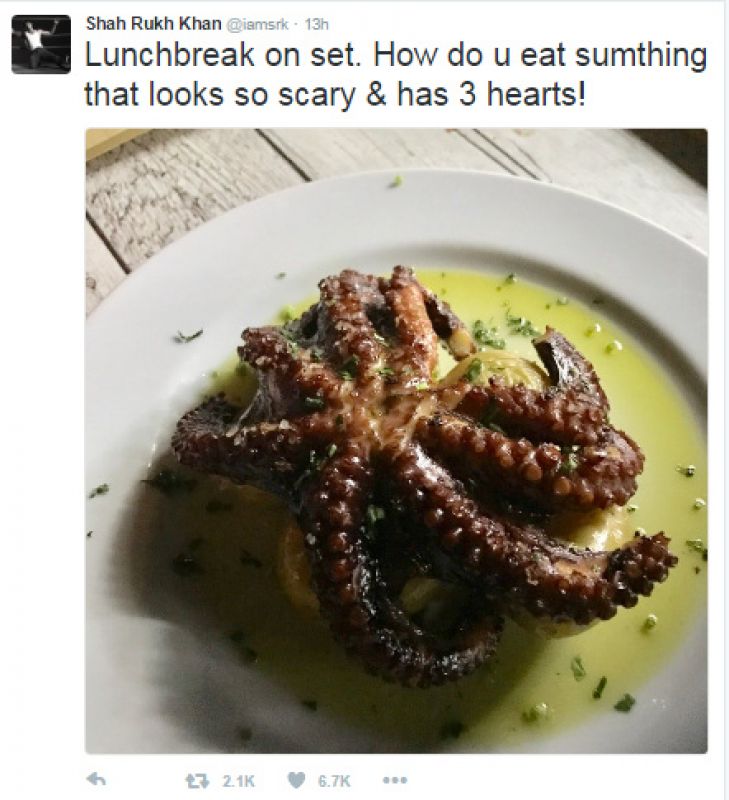 Shah Rukh has been shooting in Europe for the film in Prague and Amsterdam before this, and the makers might go on to some different part of Europe next, giving him the opportunity to have more such food items that might not be easily available in India.

‘The Ring’, directed by Imtiaz Ali, reportedly sees Shah Rukh playing the role of a tourist guide while Anushka plays a Gujarati girl in the film.