While ‘Chogada’ and ‘Akh Lad Jaave’ fever has still gripped the nation, ‘Loveratri’ team just doesn’t seem to stop or let us breathe!

After making us groove, fall in love and feel the songs, the makers are now set to release another song tomorrow.

This song, which they term as the love anthem, is called ‘Tera Hua’ and is sung by Atif Aslam with lyrics by Manoj Muntashir and composed by Tanishk Bagchi.

We caught our hands on an exclusive still from the movie which sees the very beautiful Warina Hussain sitting and admiring something (most probably her love Aayush Sharma) while she is decked up in a fancy jacket. 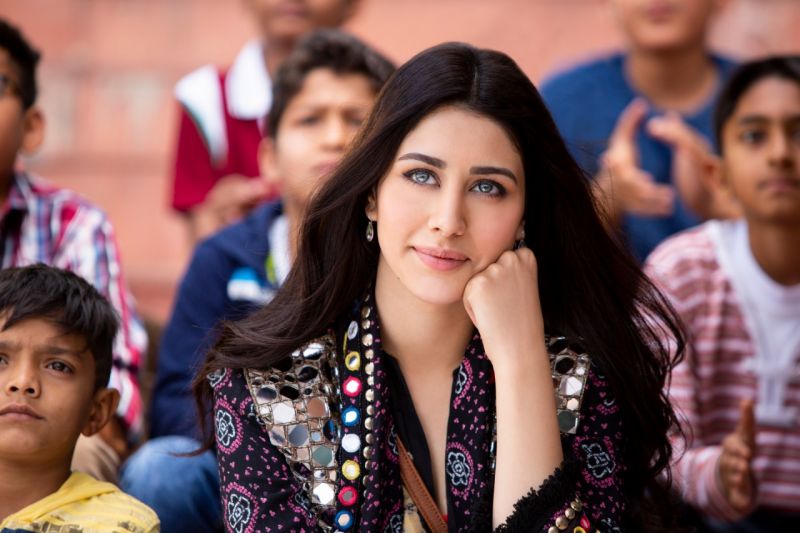 If the romantic and sensuous moments between the ‘Loveratri’ couple Warina and Aayush weren’t enough already, come Thursday and ‘Tera Hua’ promises to make you feel the love from all your heart.

Written by Niren Bhatt, 'Loveratri' is directed by Abhiraj Minawala who will also be making his directorial debut with the film. The romantic drama will mark the next venture of Salman Khan Films and is slated to release on 5th October 2018.