A still from 'Sanju'.

This movie, like most, has also been target of leak, and it is now available on Torrent in HD. 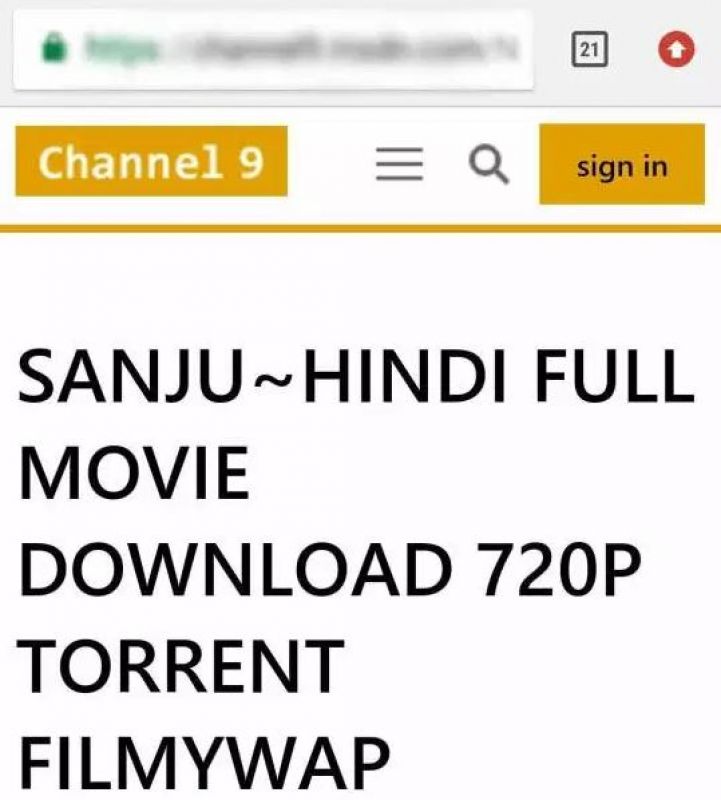 This, for obvious reasons, has angered Ranbir fans, who targeted CBFC and asked that if they can object to scenes, why not to the leak?

CBFC has objection over the Toilet leakage scene in #Sanju but no one actually has the problem when the movie is leaked...WHY !?!#SanjayDutt #RajkumarHiraniFilms#SanjuLeaked #Sanju #SanjuThemovie

Meanwhile, some even suspect that Salman Khan fan might have leaked the film online in HD quality.

went from #SanjuLeaked tag....
and found only Salman fans post under this tag!!!
wellll that was expected :P

■Sanju movie review: Enjoyable but tries to clear actor’s image
■Starting with Sanju, B'wood films might not release in Gulf on Thursday, here's why
■Sanju cried, hugged Ranbir Kapoor and me after watching film: Rajkumar Hirani
■After criticism for viral video, Anushka finds herself in eye of storm for Sanju