But there is another family member who has sent him love along with a threat – to get married soon.

This command is from his grandmother Nirmal Kapoor, who is the mother of Anil, Sanjay and Boney Kapoor.

When ur Dadi’s gift is a threat & request along with a bribe & command all rolled into one !!! @nirmalkapoorbombay #bossgrandma

But not only this, the reactions which followed after this are equally hilarious. Here are some of them: 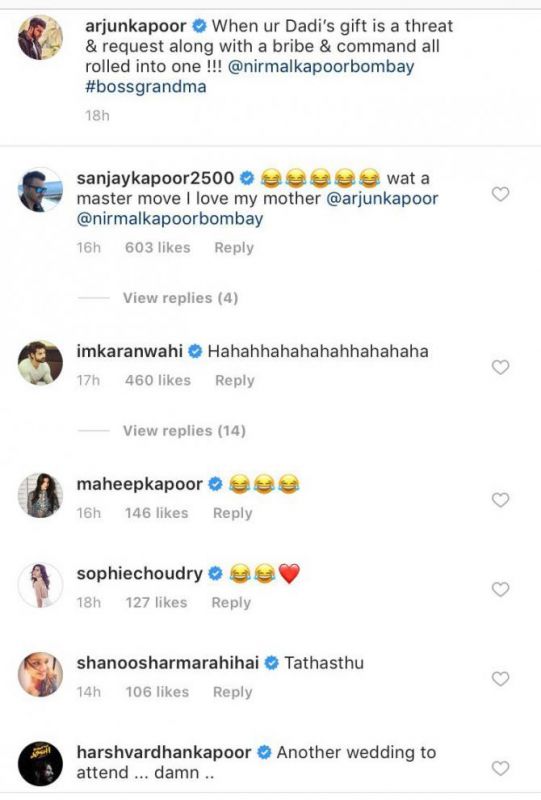 ■Happy birthday Arjun Kapoor: Family man tactfully handles roles of son and brother
■'Dhadak will be a big hit': Arjun says sister Janhvi's film reminds him of his debut
■Videos: IIFA madness has begun with Varun, Arjun, Shraddha, Kriti
■Arjun Kapoor might not be able to make it for his IIFA performance, here's why
■Parineeti brings out the best in me, says Arjun Kapoor