Living in denial: Before Arjun, Mehr's split, these couples played the 'waiting' game

In an age where nothing is private, especially when it concerns celebrities, it’s surprising how some of them manage to keep their messy break-ups under wraps. And if the story does get out, they are quick to dismiss it. Like in 2015, when Hrithik Roshan and Sussanne Khan broke up, some stories suggested that Arjun Rampal was responsible. In fact, there was also news that things had turned sour for Rampal and his wife Mehr. While Rampal lashed out at the media for spreading irresponsible stories back then, three years later the couple made their divorce official through a joint statement.

There are many who go to great lengths to keep these matters out of the press. Interestingly, even Hrithik and Sussanne chose to say things were fine until they announced their separation through a statement. Ditto with Farhan Akhtar and his wife Adhuna Bhabani, who also maintained that they were together till the day they announced their break-up through a joint statement released to the media and on social media. 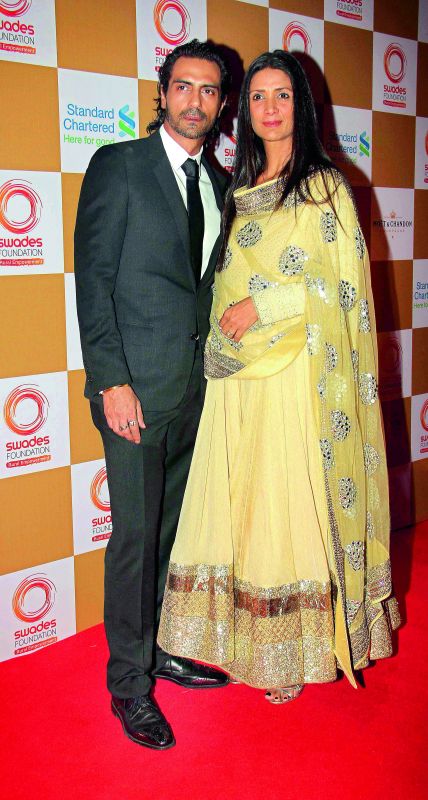 And it is not just the bitter divorces that are never spoken about. A decade or two ago, even marriages were hush-hush as the audience preferred unmarried heroes and heroines in lead roles. Perhaps this is why when Saif Ali Khan married Amrita Singh (his first wife) in October 1991, and a Mumbai tabloid broke the story, Saif’s mother Sharmila Tagore vehemently denied it.

Aamir Khan, too, got married for the first time on the day he turned 21 to Reena, who was two years younger and stayed opposite his house. The duo signed the papers at the registrar’s office. Reena also made a blink and miss appearance in his song Papa Kehte Hain from Qayamat Se Qayamat Tak.

Interestingly, both Aamir and Saif dated foreigners before they officially broke up — while Aamir was involved with British author Jessica Hynes, Saif dated an Italian model Rosa Catalano.

There have been recent speculations in the media about two other actors who are not on great terms with their current spouses — one of them is linked to a co-star and the other is said to have grown out of his relationship with his wife. But these stories too are met with silence, cryptic denial or even public displays of affection to dispel such ‘rumours’.