New Delhi: Shraddha Kapoor has proved time and again that she has the knack of getting into the skin of the character she portrays.

We can see the same for her upcoming film 'Haseena,' where the cute and bubbly next-door girl will turn Haseena Parkar, sister of dreaded underworld don Dawood Ibrahim.

The actress recently shared a picture on Twitter, where she is seen in a black salwar-suit, with confident kohled-eyes. The picture also had Siddhanth Kapoor, who portrays the underworld don, alongside. 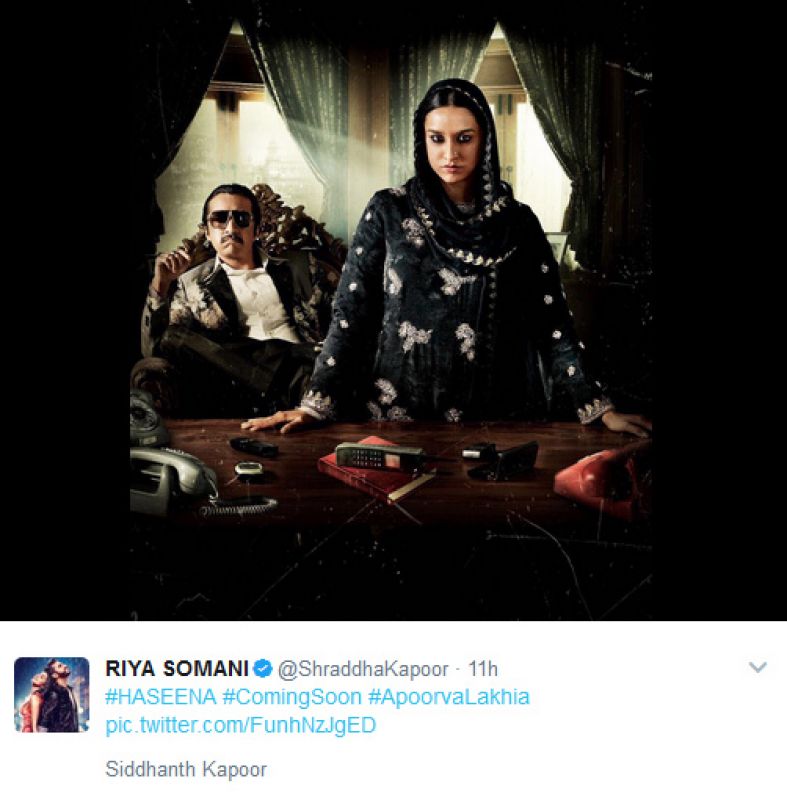