The team of 'Golmaal Again' on the sets of the film.

Social media went gaga over her melodious voice and even celebrities like her sister Priyanka Chopra complimented her for the song.

Parineeti is currently shooting for the multi-starrer ‘Golmaal Again’ and the actress was naturally keen to know the reactions of the team to the song as well and 'forced' them to watch the song almost ten times. However, their reaction is just too hilarious.

Ajay mentions that despite being forced to watch the song ten times, they were still loving the song. 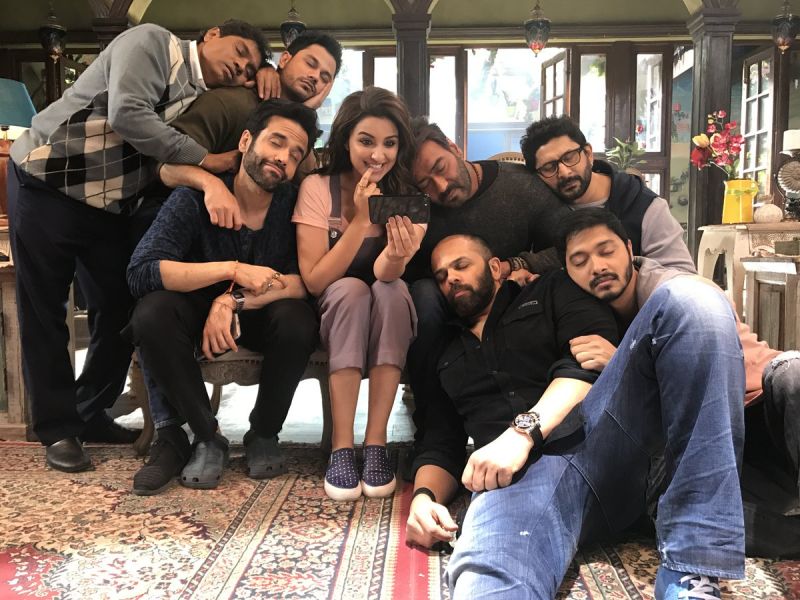 ■Parineeti Chopra talks about being a part of the Golmaal legacy
■Ajay Devgn takes Parineeti for Golmaal Again despite conflict with Priyanka
■Smurfs give ‘Happiest in Bollywood’ tag to Golmaal 4 team as they bond on sets
■Cast of Golmaal Again dazzle in black as they come together for first time
■Watch: Ajay Devgn, Sanjay Mishra fly together to Golmaal Again sets