Sara Ali Khan-Ranveer snapped together; will she debut opposite him in Gully Boy?

Ranveer will next be seen in Sanjay Leela Bhansali's 'Padmavati'.

Mumbai: No Bollywood debut in recent times has entailed as much curiosity as Sara Ali Khan's has. Saif Ali Khan's darling princess is in every A-list director's radar, and has already been associated with some of the biggest names in the industry.

While it has been rumoured that Karan Johar has already signed her on to star in one of his productions, she has also been linked to such huge stars as Hrithik Roshan.

However, the most exciting had been the prspect of her debuting in Zoya Akhtar's 'Gully Boy,' featuring Ranveer Singh.

However, her mother Amrita Singh had gone on record to state otherwise, reiterating that her debut vehicle hasn't been finalised as yet.

However, at a recent wedding down south, Sara and Ranveer were snapped together, raising a few eyebrows too many. 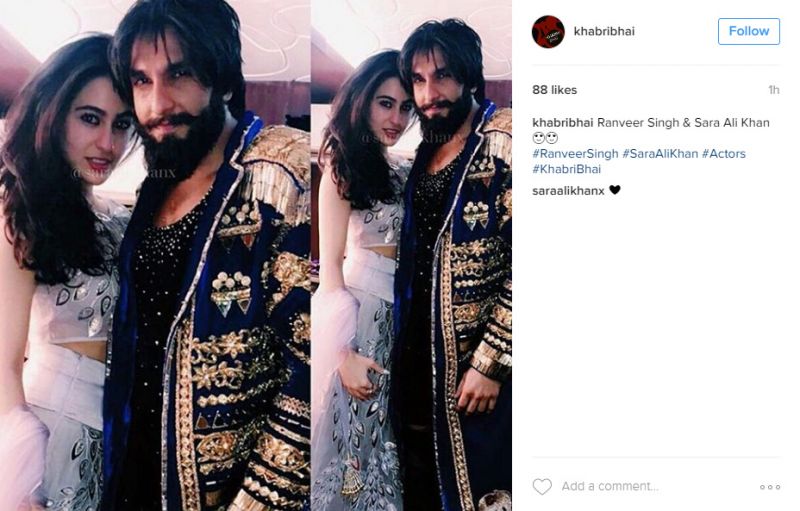 This has reinvigorated the rumours of them debuting together.

Recently, there were rumours of Sara debuting opposite Harshvardhan Kapoor, after the two got simultaneously snapped at Saif and Kareena's residence.

Well, this is one explosive debut waiting to happen, with a superstar very much in the making.