Bigg Boss 10 finale: Hrithik shakes a leg with Salman as he promotes Kaabil

Mumbai: Hrithik Roshan recently gave us a sneak peek of the grand finale episode of Bigg Boss by sharing an adorable selfie with his 'brother' Salman Khan and his 'Kaabil' co-star Yami Gautam from the show's sets on Instagram.

Going by the pictures, it's not unfair to say that the actor had a blast on the show. Later, Hrithik even posted a picture on Instagram, speaking about the bond he shares with Salman.

The actor wrote, "Kaun Shahenshah, kaun Sultan. At the end of it, we are all brothers. Me and Yami had an absolute blast on the sets with the one and only Salman Khan! #BiggBoss #dontjudgetheselfiestick." 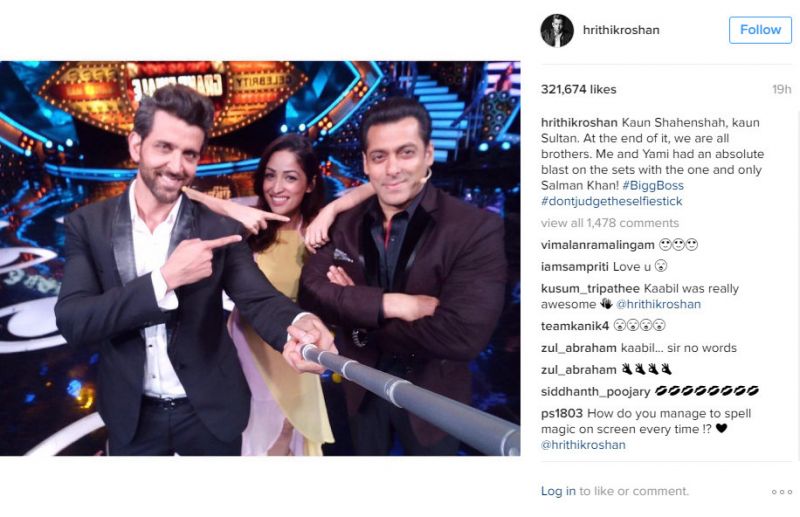 The actor also revealed how Salman saw his 'Kaho Na Pyaar Hai' standing as there were no seats.

"Salman watched KNPH standing up as there were no seats...he has told me he will stand to see #Kaabil as well," Hrithik Roshan's fanpage quoted the actor. 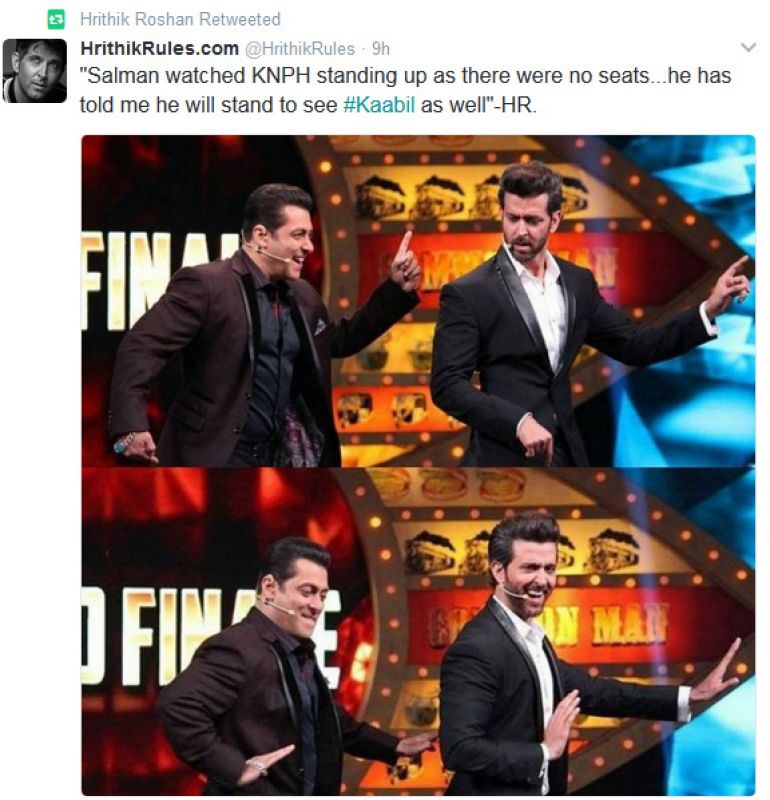 Well, we are sure that fans are patiently waiting for the episode.