Both of Chunky Pandey’s children are being groomed for stardom. But it looks like his lovely daughter Ananya has grabbed the privilege of being launched first and that too by none other than Karan Johar in Student Of The Year 2. A source spills the beans, “Saif and Amrita’s daughter Sara and Sridevi and Boney Kapoor’s daughter Jhanvi were also considered for Student Of The Year. But the idea was dropped. Chunky Pandey’s daughter Ananya has now been chosen.” Sources reveal the pretty girl was auditioned by Karan Johar last week. 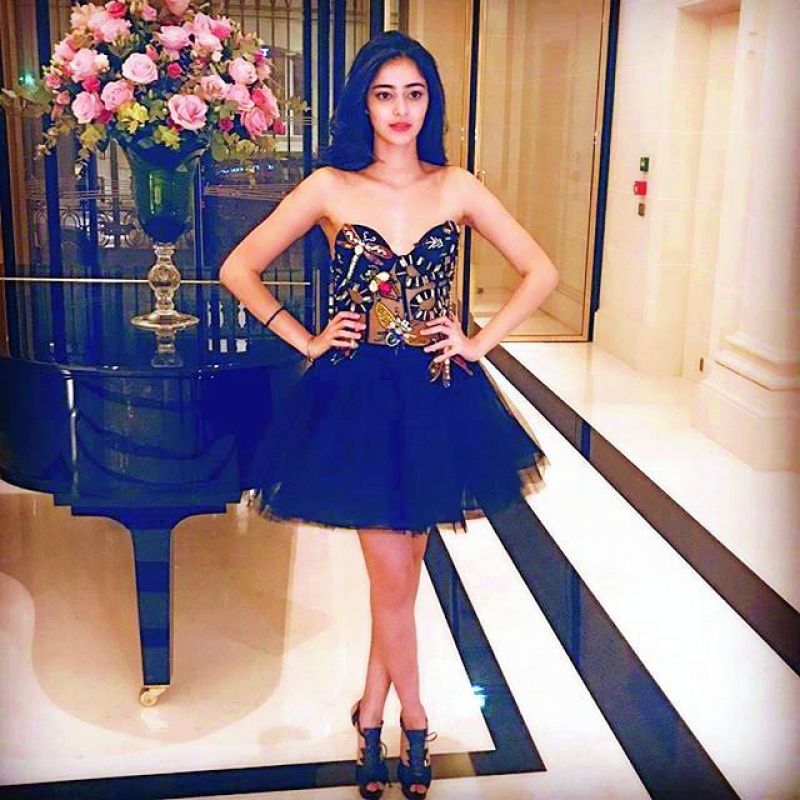 Photo of Ananya Panday at the Paris Ball taken from Bhavana Pandey’s Instagram.

“Karan, Tiger Shroff and director Punit Malhotra were present at the audition where Ananya was asked to read out Alia’s lines from Student Of The Year. And Ananya sailed through like a professional. Karan immediately decided to cast her,” reveals the source. When Chunky was contacted for a confirmation, he didn’t deny it. Instead he texted, “We are in the US on a family holiday. Will call you once we’re back.”