The picture that Shah Rukh Khan shared on Twitter.

Shah Rukh Khan’s recent film ‘Dear Zindagi’ released on Friday and has received a thumbs up from the critics and the audiences.

The superstar was seen heavily promoting the film in the past few days with Alia Bhatt and the director, Gauri Shinde, and were all over the media with interviews and appearances.

The release and the good response seems to have finally allowed Shah Rukh to take a break and relax.

It seems that the actor took off to the United States to meet his son Aryan, who is studying in a university in the country.

The Thanksgiving Day was also celebrated in the West recently and that seems to have given Aryan some much-needed break from his studies.

Shah Rukh later took to Twitter to share a picture with his son, sharing his delight at being able to spend time with the 'lil one'. 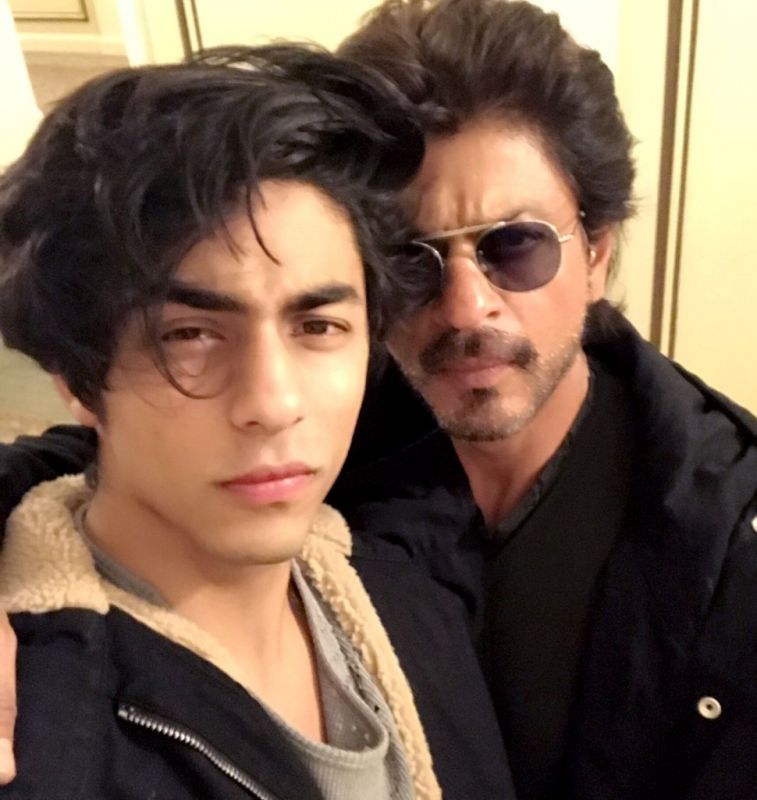 The father-son duo definitely looked classy in their style.

Previously pictures of Aryan celebrating Halloween festival had also gone viral on social media and it seems that the star kid is enjoying his time in the country.

■Aryan Khan has the most adorable birthday message for Shah Rukh Khan
■While Aryan Khan gets his freak on for Halloween, Suhana slays in red
■Snapped: Aryan Khan makes himself at home in US, parties hard
■Aryan Khan and Navya Naveli go sailing with friends in Phuket
■Navya Naveli Nanda pokes fun at Aryan Khan by posting embarrassing picture