Confirmed! Suniel Shetty's son Ahan to make his debut with Sajid Nadiadwala's next

Mumbai: After Athiya Shetty, Suniel’s son Ahan is all set to step in the world of cinema as an actor with producer-director Sajid Nadiadwala’s next. Confirming the news, filmmaker Karan Johar took to his official Twitter account and congratulated the young lad.

Sajid’s film is a romantic action drama, for which 21-year-old actor has already started prepping. Reportedly, the actor is currently in London where he is training for his film debut. 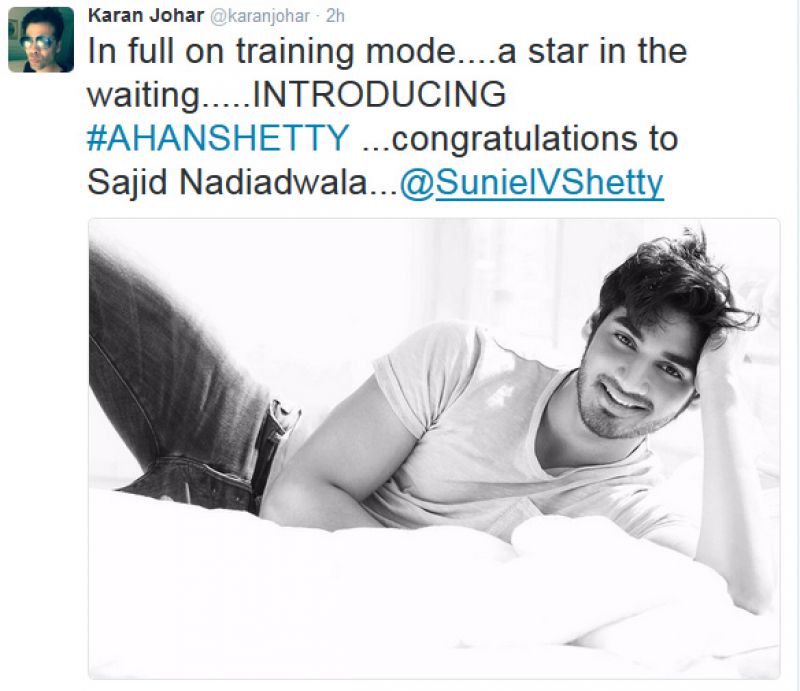 The actor will be training for his film for six months. “Ahan is training under an action specialist as part of an extensive programme. He will learn martial arts and go through other forms of physical training as well. He will be staying in London for six months. The film, in all likelihood, will be announced in September,” HT Café quoted a source.

Apart from Karan, Ahan’s father also welcomed the actor in the world of films on Twitter by wishing him all the very best for his first project. 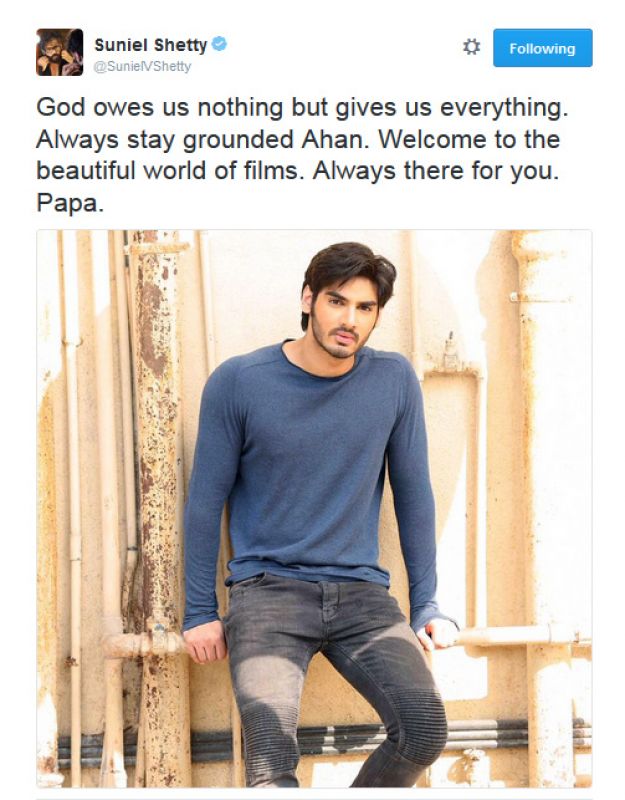 Ahan's lovely sister also showered a lot of love on her brother on Twitter. 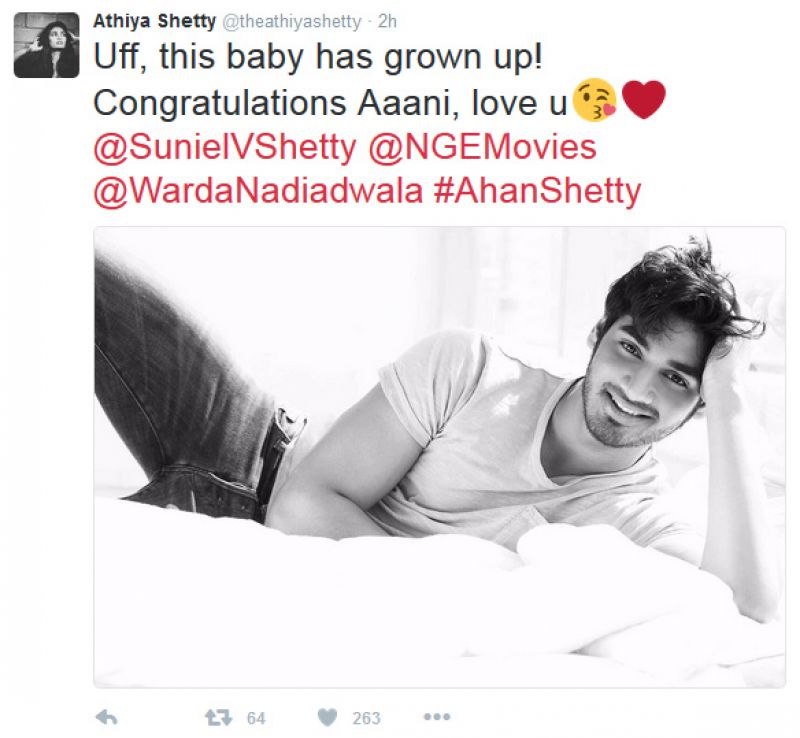