One of the pictures shared on Twitter by @UfaceSrkian.

Mumbai: The makers of Ajay Devgn’s ‘Shivaay’ on Thursday decided to file a complaint against Kamaal Rashid Khan after he had posted videos of the opening scenes of the film on Twitter. And ‘Ae Dil Hai Mushkil’, which is also releasing on the same day as ‘Shivaay’, has also met the same fate. 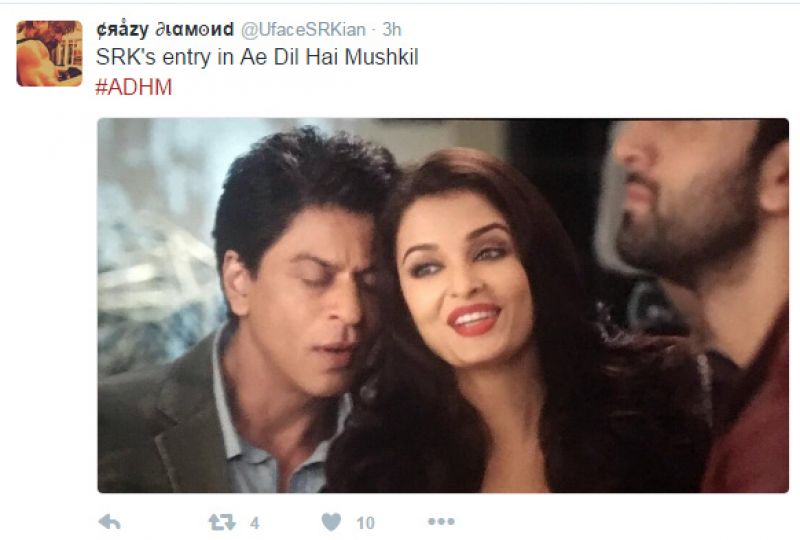 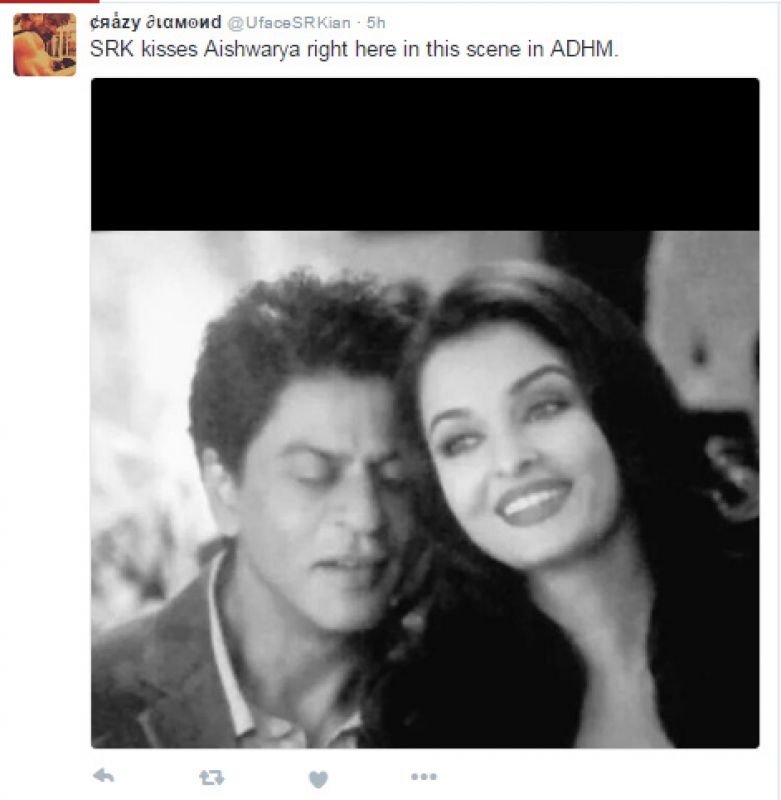 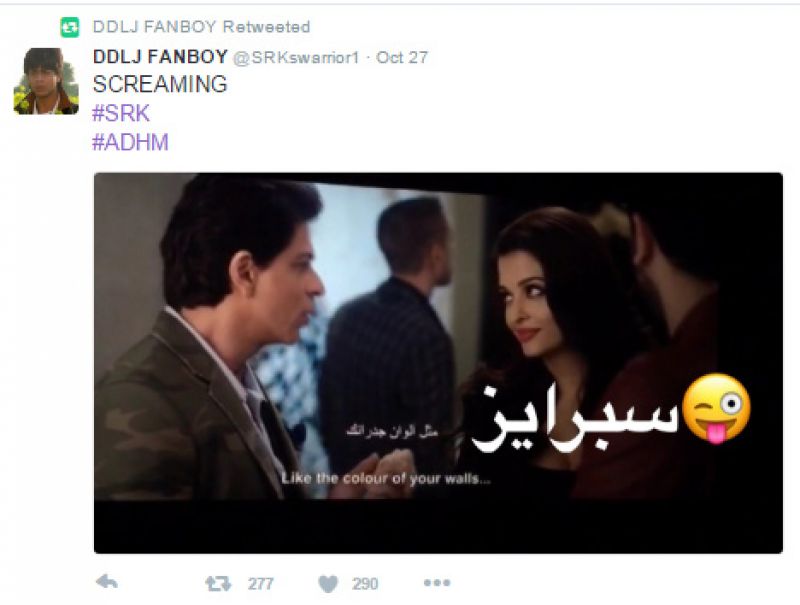 While there were reports that Shah Rukh Khan plays Aishwarya Rai Bachchan’s husband in the film, this scene does see the two come together along with Ranbir, and perhaps the reports could be true then.

■Ranbir's popular 'Iktarfa' dialogue from ADHM to be mouthed by SRK in the film?
■Pakistan will not release ADHM and ‘Shivaay’, confirms Fox Star and Reliance Ent
■Maha got a 'broker' when it needed a leader: Cong on ADHM release row
■Watch: This new ADHM fan loves it when Anushka sings ‘Bulleya’ to him
■Sushant bats for buddy Ranbir's controversy-laden ADHM