Mumbai: You can call Salman Khan’s nephew an online sensation already, with several of his pictures and videos, some of them also featuring Salman, being loved by social media. The video of Salman singing ‘Sultan’ title track to him or the numerous pictures where he plays with Ahil, recently on the sets of ‘Tubelight’ or at the launch of their jewellery line had gone viral.

The little one’s father Aayush Sharma recently celebrated his birthday and several B-town celebrities had arrived for the grand bash. Though we could not get a glimpse of Ahil from the bash, we have finally found pictures of him as he celebrated his father’s birthday.

Aayush Sharma shared on Instagram several pictures of his son as he enjoyed the decorations in the house and even got himself a personalized T-shirt which read ‘you’re my hero’, even gifting his father a ‘Best Dad’ present. 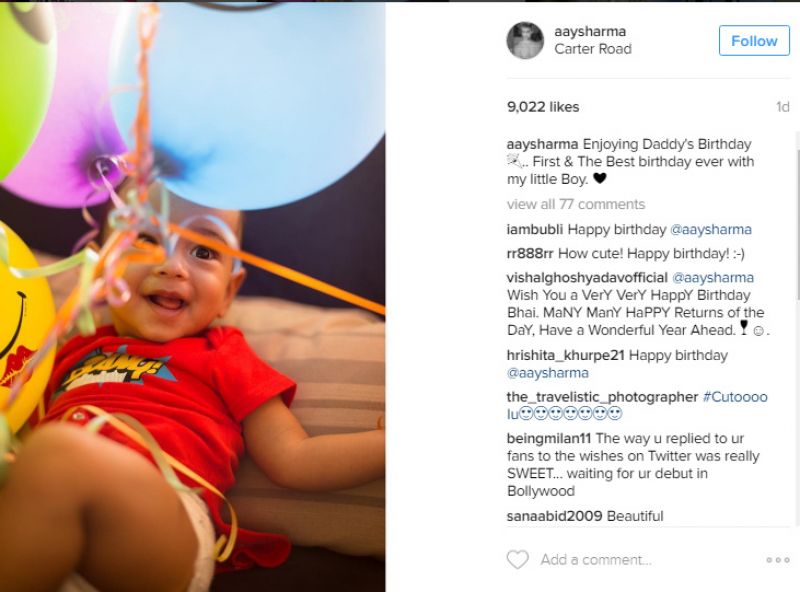 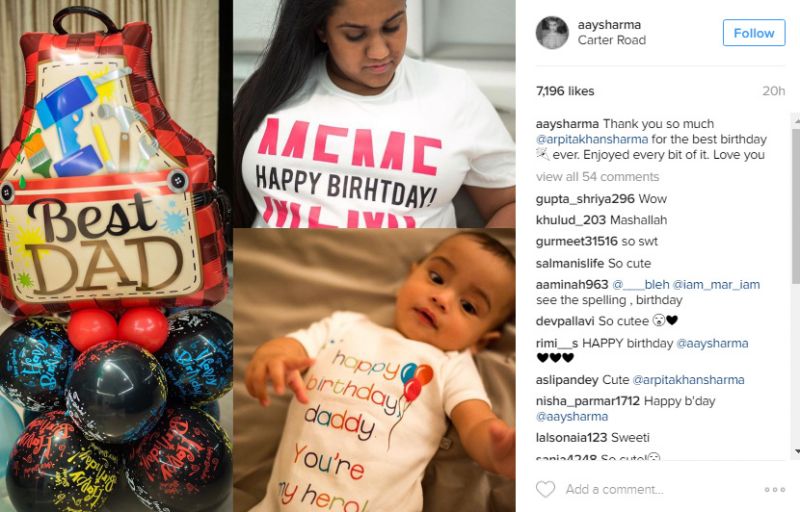 We are sure Aayush would have loved the presents his adorable son gave him!