Sushmita Sen is known to crusade the cause of feminism and women empowerment.

Mumbai: Sushmita Sen is not the one to mince words and having staunchly been vociferous of women rights and social issues, it comes as no surprise that she didn’t hold back when it came to lambasting American presidential nominee Donald Trump.

Trump had attracted widespread criticism when he had bodyshamed ex-Miss Universe Alicia Machado, referring to her as ‘Miss Piggy’and ‘Miss Housekeeping’.

Social media took to him with a vengeance with journalist Barkha Dutt commenting, "Frankly it's irrelevant what she looked like. It's how she was spoken of that counts- not girth/glamour." 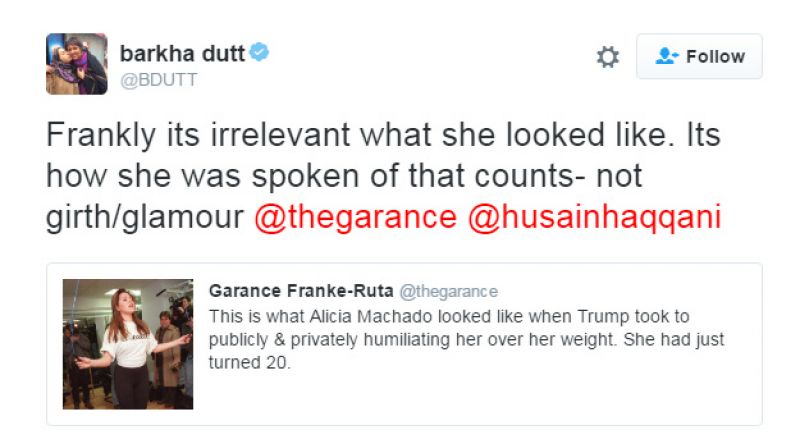 When a user asked if she’d be interviewing former Miss Universe Sushmita Sen, she promptly responded within no time, she responded saying she’s glad Trump didn’t own the pageant when she won, amply making it clear she doesn’t approve of him or his ideologies in a single tweet.

■Sushmita Sen gets nostalgic as she celebrates her crowning anniversary
■This endearing note from Sushmita Sen to her daughter Renee will touch your heart
■Sushmita Sen enters the world of Instagram
■Waiting for Mr Right: Sushmita Sen
■Sushmita Sen steps out for dinner with boyfriend Ritik Bhasin
■Salman Khan and Sushmita Sen rub shoulders with royalty at dinner party
■Sushmita Sen inaugurates art exhibition in Mumbai

A happy-ever-after for Kajal and Gautam