They do make for an adorable couple so we aren’t really complaining.

Mumbai: Sonam Kapoor has never been the kind to speak openly about her personal life, unlike a few of her colleagues.

Anand, who’s an avid ‘Fresh Prince’ fan, interacted with eponymous Hollywood star Will Smith, who was also present at the do along with Sonam.

In a recent post of Anand on Instagram, Anand shared a Will Smith meme that said, “50 bucks? I could take out 25 women to dinner.” 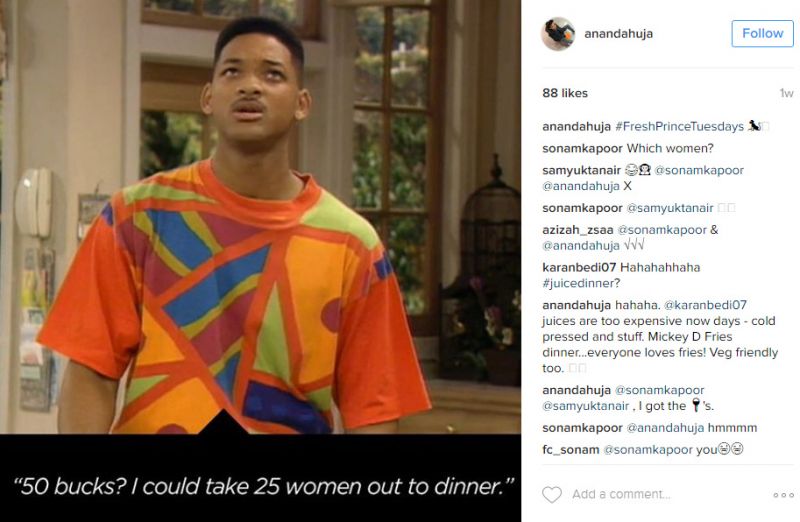 Sonam, slyly queried, “Which women?” Sonam’s good friend Samyukta Nair also joined the proceedings and everyone involved seemed to be subtly suggesting that the two have been going out. 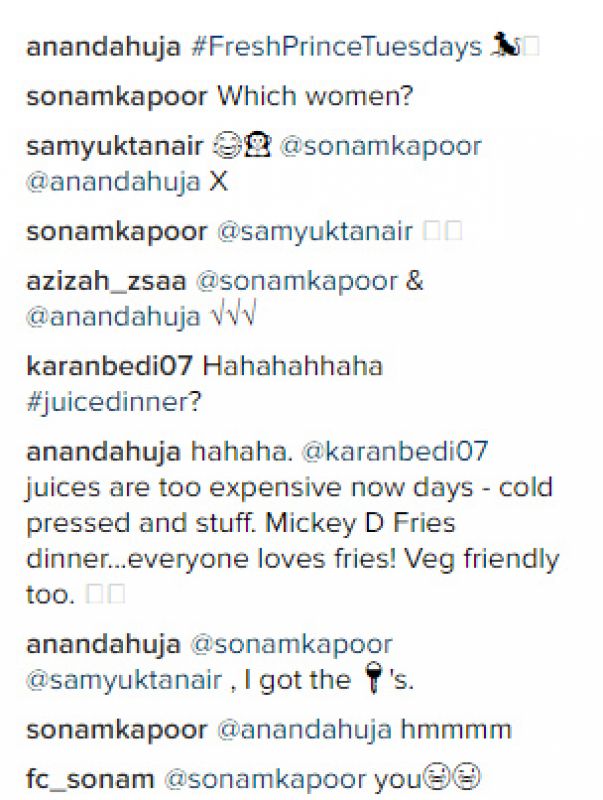 Anand, a Wharton Business School graduate, has his own clothing line Bhane. Sonam has often called it one of her favourites.

They do make for an adorable couple so we aren’t really complaining.