Shah Rukh Khan and Juhi Chawla have worked together in numerous films.

Mumbai: The birth anniversary of one of the most acclaimed filmmakers, Yash Chopra, was on 27 September and legendary singer Lata Mangeshkar celebrated her birthday on 28 September. And Juhi Chawla, who has worked with the legends on several films, took to Twitter to convey her feelings towards them on the occasion. While she had conveyed her gratefulness towards Chopra with a tweet, she shared pictures from the past of her sharing the stage with Mangeshkar and Chopra to convey her love for the legends. 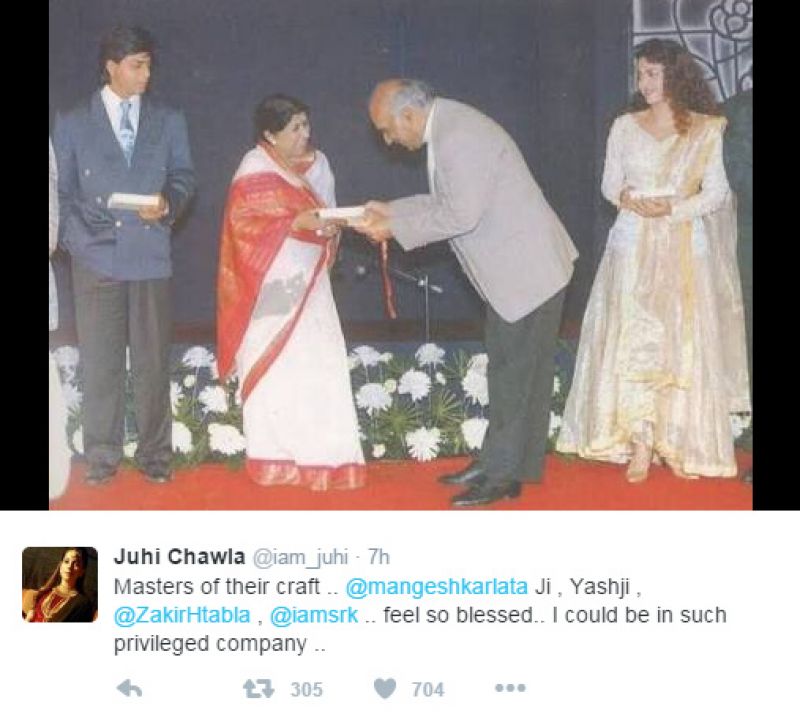 Her ‘Darr’ co-star Shah Rukh Khan was also seen standing in one of the pictures and tabla maestro Zakir Hussain was also seen in another picture that she shared. Juhi spoke about being blessed to be in the privileged company of Mangeshkar, Chopra, Shah Rukh and Hussain and called them 'masters of their crafts'.

Shah Rukh, however, had a funny response to being called a 'master'.

Shah Rukh is known for his sense of humour for a reason.

No wedding plans for Farhan Akhtar