DECCAN CHRONICLE.
Published Aug 28, 2017, 12:26 am IST
Updated Aug 28, 2017, 1:33 pm IST
Punjab and Haryana are major distribution sectors for Bollywood. Look at the fate of the releases this week under normal circumstances.

With followers of Dera Sacha Sauda chief Gurmeet Ram Rahim Singh going on a rampage in Haryana and Chandigarh after the self-styled godman’s conviction in a rape case, Bollywood is running scared with regards to releases.

While there is no official word on changing release plans yet, unofficial sources confirm that both big movies of next week Shubh Mangal Saavdhan and Baadshaho are considering postponing their release dates. 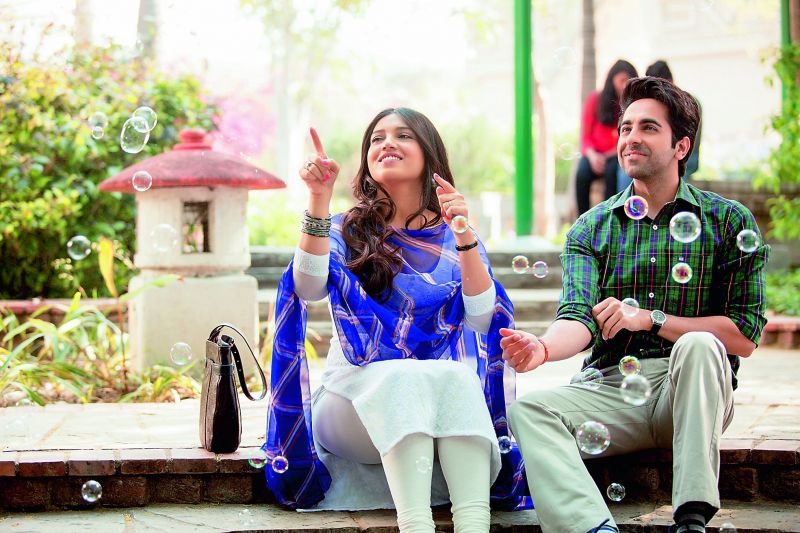 A source in the know, says, “These are both very dissimilar releases, and a lot is expected from them. Shubh Mangal Saavdhan could be Ayushmann Khurrana and Bhumi Pednekar’s follow up hit after Bareilly Ki Barfi and Toilet: Ek Prem Katha respectively. As for Baadshaho, it marks the return of director Milan Luthria, and leading man Ajay Devgn, after their successful collaboration in Once Upon A Time In Mumbaai. Both films are potential hits, and the producers don’t want to jeopardise their boxoffice prospects. Punjab and Haryana are major distribution sectors for Bollywood. Look at the fate of the releases this week under normal circumstances. Imagine what would happen if they were released when the violence and unrest were on.”

Reliable sources in the know say that both teams of Baadshaho and Shubh Mangal Saavdhan have decided to “wait and watch” the situation today, as it’s when the godman is sentenced.