After making a powerful on screen debut with Kedarnath, Sara Ali Khan has also made her debut as a show stopper at FDCI India Couture Week (ICW) 2019 on Friday. The actress walked down the ramp in an ivory Falguni and Shane Peacock lehenga with a full sleeved blouse, which was paired with open hair and glossy makeup. 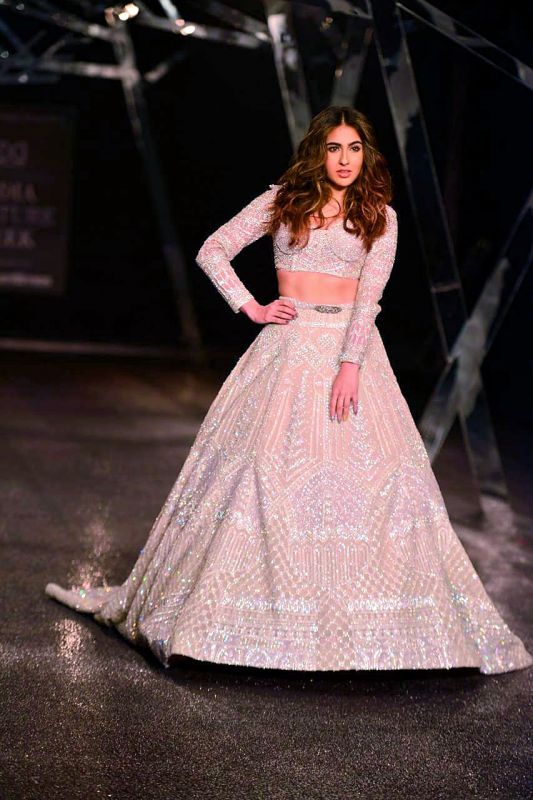 The highlights of the event, however, were her alleged boyfriend Kartik Aaryan and her brother Ibrahim, who were hooting and clapping for Sara as she strut by. The two were also spotted engaging in intense conversation at the show.

Sara and Kartik have been spotted together many times and the two have apparently been spending some quality time together.

On the work front, Sara has just wrapped her film with Imtiaz Ali, which also stars Kartik, and now she will soon be starting Coolie No. 1.

Attempts to malign Naseeruddin Shah with ‘Catty’ video of his daughter

Shilpa Shetty at Shirdi with family