After Nick made it ‘official’, Priyanka also 'confirms' relationship on Instagram?

Priyanka Chopra and Nick Jonas are back to Mumbai after their Goa holiday.

Mumbai: Priyanka Chopra, who is enjoying her homecoming with Nick Jonas in Goa, has called her rumoured beau one of her "favourite men".

The 35-year-old actor shared a picture as a part of her Instagram story, in which one can see Jonas and her brother, Siddharth standing with their backs to the beach. 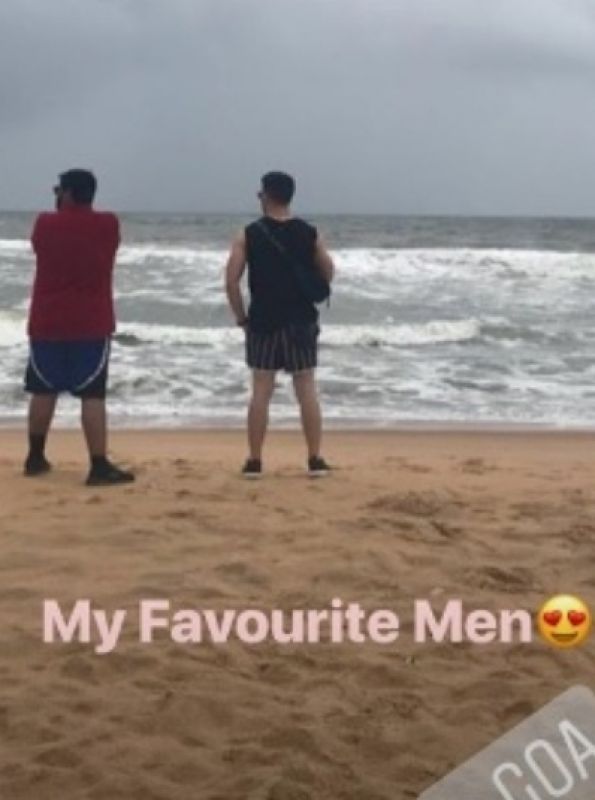 Last week, Jonas, 25, also shared a video on his Instagram story in which Chopra was walking towards him while dancing.

He captioned the clip: "Her".

The 'Quantico’ star has reportedly brought the singer to meet her family and friends.

On June 22, the duo were clicked driving out of the airport here by paparazzi.

Priyanka and Nick, 25, have been spending a lot of time together lately days after they were first spotted on a yacht on Memorial Day weekend.

They first met when they posed for photos on the red carpet together in Ralph Lauren designs at the 2017 Met Gala.

Despite their social media accounts being dotted with lots of sweet nothings, the rumoured couple are yet to comment on their relationship status.