Over the last few years, Abhishek  Bachchan has donned quite a few roles other than an actor. He is a producer and owner of sports teams. And he says that it is a conscious decision to not do many films.

He says, “During dad’s time actors did 30 to 50 films at a time. Shashi Kapoor has the record of shooting for 11 films in a day. Then we came, we shot for five to six films a year.

“Those days they would shoot, edit and call distributors to watch the portions edited. They would fund the film after watching a few portions. Now the system has changed because funding is streamlined. We get funding at one go and we can finish our films at a time. Now we do films in six months. For Housefull 3 we shot for an entire month in England and came back and did a little bit of editing. Then we shot for two more days and it was over. The industry has become more efficient. We roll out one film at a time.

“Housefull is a great franchise, part 1 and 2 have become synonymous with comedy and humour. It’s a very funny script and the minute it, I heard I said yes,” he says.

Relationship with his dad
Dad has always treated me as a friend. Mom was strict and would scold and spank us. She was the enforcer but dad allowed us to do what we wanted to,” he says. Abhishek is also proud that Amitabh won the National Award for the third time. “These are special moments in life,” he says. Family bonds are supreme for Abhishek. “Wealth is not money or superhit films. Your wealth is memories and experiences of being together. What else would a father want? It was a proud moment for him, to have his family present when he received the National award. We were all there but Aaradhya wasn’t, as children below five are not allowed inside,” he says. 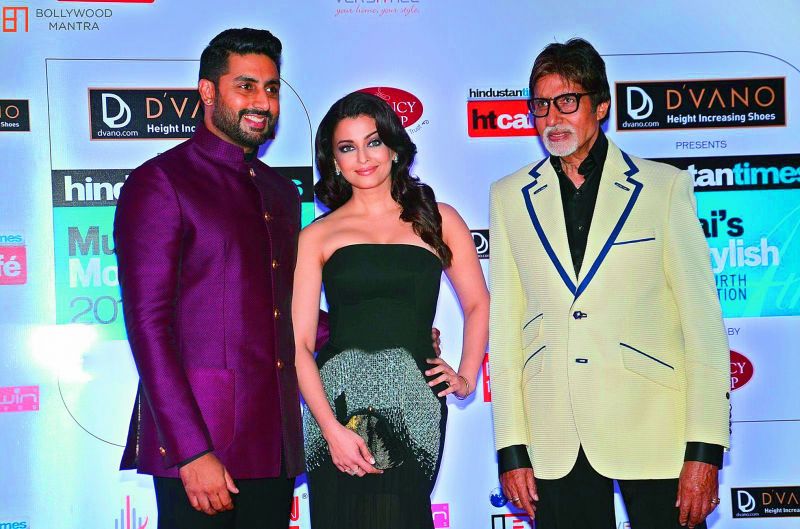 On sequels to Amitabh’s films
I  don’t think anyone else can do it but me. But I don’t think I will do any sequel to his films. If I do, people will not appreciate it and they will say that I am not as good as him!”says Abhishek.

“All his films have been the best, what more can be done? I feel we should not touch such great films as we might not be able to do justice to them,” he adds.

Choosing the right script
As producers we are looking for the right script. We are producing Pink and dad has finished shooting for it. We have not found any regional film to do as of now. I would like to do all kinds of films,” he says, adding, “If the script appeals to me I take it up. Balki narrated the story of Paa to me in just one sentence. He said ‘you are playing your father’s father and he’s playing your son’. I said ‘we will do the film’. It should appeal to me instantly.”

Has treasured all the letters
Abhishek says that he has kept all the handwritten letters from his father. “I have kept them in my safe. I have treasured my photographs because if they are lost all those great memories will never come back. I have also treasured my father’s letters, which he wrote to me since I was a child. I have my dadaji’s letters too. My father used to write letters to me in school,” he says.

And keeping up the tradition, he writes to Aaradhya. “I write letters to her. She is too young to understand and read them but when she grows up she will enjoy them.” Asked about his daughter’s reaction when she sees her family on screen, Abhishek says, “She hasn’t watched our films. But she saw a song from Kuch Na Kaho and wondered how we were on TV. When she saw her dadaji she was very excited. She also feels excited when she sees us on hoardings and movie posters,” he adds.