When news of the veteran actor’s passing broke, the entire industry got together to pay tribute to Vinod Khanna. As a sign of respect, director S.S. Rajamouli, Karan Johar and the team of Baahubali 2 cancelled the premiere of Baahubali: The Conclusion, which was scheduled to take place on Thursday. Karan Johar tweeted, “We are deeply saddened by the loss of our beloved, the legendary Vinod Khanna.”

Bollywood puts work on hold
“The demise has come as a huge shock to all of us. As a mark of respect for our dearly departed, the premiere event of Baahubali: The Conclusion is now cancelled. Love and remembrance, Karan Johar, S.S. Rajamouli and the entire team of Baahubali,” read the other part of Karan’s tweet. 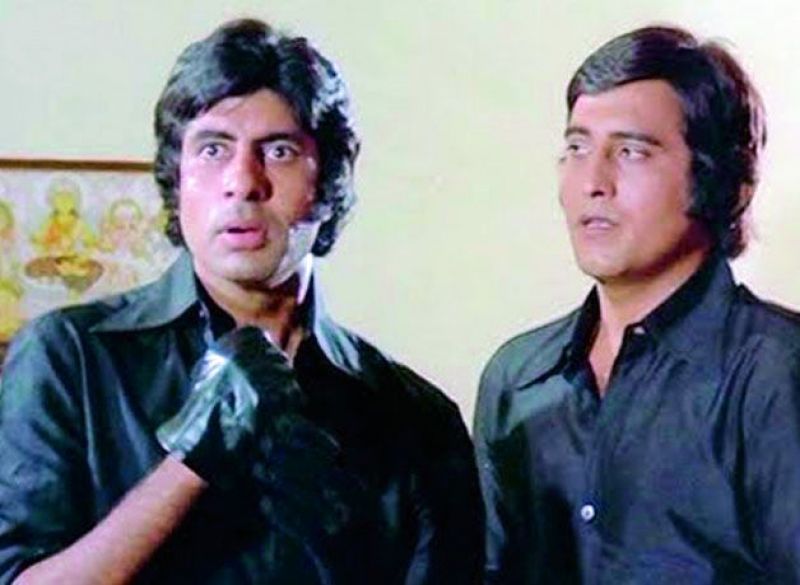 Amitabh Bachchan, who was in the middle of promotions, cancelled his schedule and rushed to the hospital

Khanna’s counterpart and co-star of many films, Amitabh Bachchan, who was in the middle of Sarkar 3 promotions this morning, cancelled his schedule as soon he heard the news and immediately rushed to the hospital.

Sanjay Dutt, who met Mr Khanna last week, sent out a statement: “It is saddening to hear the demise of Vinod Khanna ji. I have watched him as a child and throughout my life, I was always fascinated by his style and charisma. He was always a thorough gentleman. A big loss to the fraternity. He is and always will be family to the Dutts.” Vinod Khanna’s funeral was scheduled to be held on Thursday.
With inputs by Uma Ramasubramanian, Aarti Bhanushali and Subhash K. Jha