I hope I don’t take everything for granted, says Alia Bhatt

At the age of 26, Alia Bhatt has won the heart of the nation. A star in the true sense, Alia Bhatt has outdone herself in every film. And, she has an amazing lineup of films coming up in the next two years, including Kalank, Brahmastra, RRR, Inshallah and Takht, and yet this young actress doesn’t see herself as a star.

“These words ‘star’ and ‘stardom’, we have overused and overheard them. I still don’t understand what it means to be a star and all of that. According to me, in my head, I will always consider myself an actor,” says Alia and adds, “It is strange to buy your own stardom. I don’t buy it, I don’t believe in it also. I understand it but it’s not for me to pay attention to. I am an actor and I will be an actor first and last. The everyday grill and the phase of life that I am leading right now that’s all I am dealing with and not thinking about anything else.”

The actress who had some back to back successful films like Dear Zindagi, Raazi, Gully Boy, only fears losing herself. 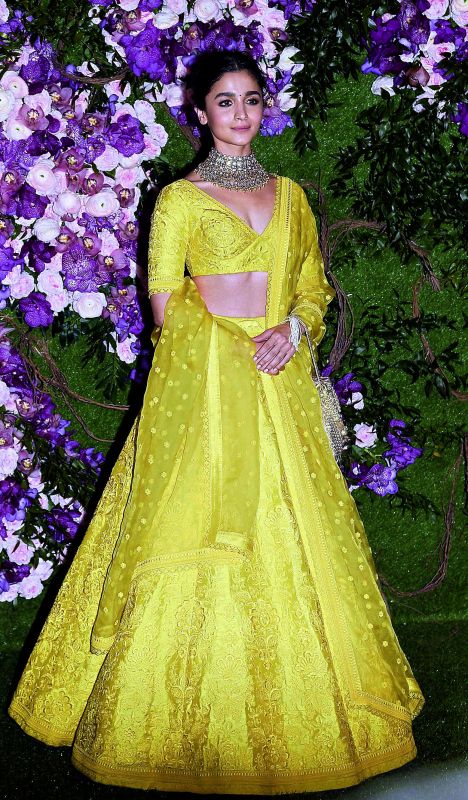 She says, “There used to be fear of failure and all of that. But, of late I hope I don’t get carried away, I hope I don’t stop working hard, I hope I don’t take everything for granted... all these things are coming into my mind. But that won’t happen because I am constantly talking to myself and making sure that it doesn’t happen.”

The actress further mentions her biggest fear. “My biggest fear honestly is that I will lose myself as a person and become so focussed on myself that it becomes difficult for people to be around me. I have seen the possibility of that happening because you are constantly dealing with you in life and your characters that it is easy to forget yourself and be all about yourself.”

Alia, who is otherwise a shy person, says she likes to give out her opinion only when it is needed.

“I don’t want to be an over-opinionated person. I don’t need to go out in public and say it, especially when it’s going to be made into a big deal unnecessarily. Nowadays, everything is so temporary because of social media that every topic gets spoken about for an hour and then it is forgotten. But I will not shy away from speaking on important topics,” says the Brahmastra actress.

The actress will next be seen in Kalank that releases next month.