A still from Jagga Jasoos

Bollywood churns out over hundreds of films every year, but not all of them manage to make it to the big screen on their promised release dates. Take for instance Ranbir Kapoor and Katrina Kaif starrer Jagga Jasoos.

The movie has everything going for it, from a lead pair whose chemistry sells like hotcakes, to a big-ticket director like Anurag Basu helming the project.

However, the movie’s release date has been pushed back yet again, begging the question if the constant delays in getting a movie to the screen can affect its fortunes, despite having big names starring in the movie.

And Jagga Jasoos is not the only movie facing the release question. Formidable filmmaker Ramesh Sippy’s comeback film, which boasts of names like Hema Malini and Rajkummar Rao, is languishing thanks to lack of takers.

Shoojit Sircar’s Shoebite with Amitabh Bachchan, Richa Chadha’s Cabaret and the long overdue Bhaiyyaji Superhitt too are some movies awaiting their fate, despite having some big names backing the film.

Satish Kaushik has had some big movies to his names, but the filmmaker faced release woes when his movie Milenge Milenge was delayed for so long that it lost its relevance.

The movie starred the then hit couple Shahid Kapoor and Kareena Kapoor, and a story that revolved around phone numbers. The shoot of the movie began in 2004, but the film hit the screens only in 2010. “The box office collections definitely get adversely affected with this kind of delay. Often the audience loses interest in the film. There could also be other reasons. For example, my film got delayed for several years, and at the time of its release, the film lost its relevance. At the time when the youth used social media, exchanging phone numbers which was the major premise of the film, didn’t make much of an impact,” shares Satish. 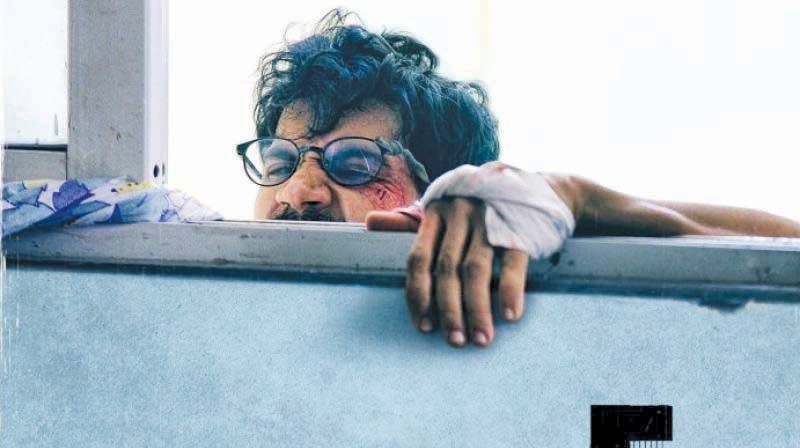 A still from Trapped

Prerna Arora, who produced Airlift with Akshay Kumar last year, says that big names can help you tide across delay woes, but only to a certain extent. “There’s a reason why banners prefer signing big names like Salman Khan, Shah Rukh Khan, or an Akshay Kumar,” she explains.

“They’re bankable actors and may save your movie from faltering, despite delays. However, if the movie is delayed over a prolonged period, or even has weak content for that matter, the stars may not be able to do much either.”

Film analyst and critic Taran Adarsh agrees that no matter how big a star you have, content was and will always remain the king. “Eventually, it all boils down to how good the content is,” he says.

“If the content is weak, then no film can be saved, and it will fall flat on its face. These days, everything is completely studio driven and pre-decided. Earlier, it was difficult to fetch buyers and that led to the delays. Now, everything including the release date is pre-planned. One also needs to understand that there are many reasons why a film gets delayed and not one factor, and when it comes to big stars, people will come and watch the film.”

Rumour mills were abuzz that Ramesh Sippy’s Shimla Mirch was finding no takers, which Prerna feels is another important issue makers have to tackle, “This has also got a lot to do with the viability of the film. There are times when directors over-estimate the value of their film and the story and it is only later that they realise that there are no investors ready to invest money in the film that in turn puts it to a halt.”

Director Vikramaditya Motwane’s Trapped, which released last week, was supposed to hit the screens in October 2016, but the movie was pushed to 2017. For a small budget movie like his, Vikramaditya says that the deliberate delay can actually help, if it means avoiding making it clash with big-budget movies. “With Trapped, the delay was more about being strategic, because when you are part of a small budget movie, you have to plan the release date very carefully. In such cases, delaying the release date actually helps the film,” he says.

Prerna believes that the biggest boon for any producer is seeing their movie being released on time, and that delays almost always hurt the prospects of a movie. “See, delay in the release date definitely affects the film, especially when there are multiple ones. It not only spreads a negative word in the market about the film, but also puts the audience off. In the day and age when all the producers are fighting for release dates, if you don’t stick to the date that you have finalised, the whole schedule goes for a toss!” she sighs.

—With inputs from Somudra Banerjee and Dyuti Basu