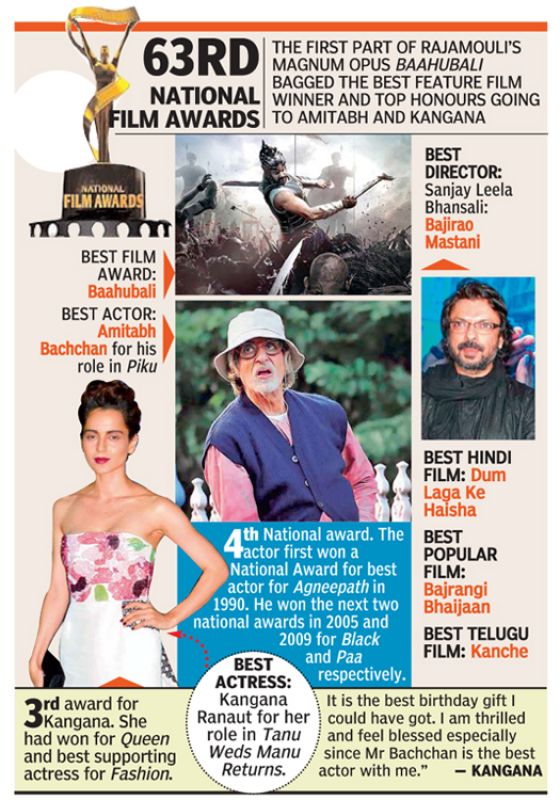 Ranaut, 28, won the award for her role in romantic comedy drama 'Tanu Weds Manu Returns' for her endearing dual turn as Tanu, a troublesome wife and Haryanvi sportsperson Datto. It is her third trophy at the National Awards, having earlier won best supporting actress for 'Fashion' and best actress 'Queen' last year.

The first part of SS Rajamouli's magnum opus 'Baahubali' was announced as a surprise best feature film winner, even as last year's much appreciated 'Masaan' had to contend itself with just a best debut director award for Neeraj Ghaywan.

Sharat Katariya's debut 'Dum Laga Ke Haisha', a '90s set drama in Haridwar about the romance between a mismatched couple, was named the best Hindi film.

■Here's what Kangana, Rana, Sanjay have to say about National Award win