Mumbai: Bollywood celebrities have come out slamming cricketer Virender Sehwag and actor Randeep Hooda for ridiculing Gurmehar Kaur, daughter of a war martyr, for taking a stand against war and violence.

Gurmehar, a Delhi University student, had recently made news when she had slammed the Akhil Bharatiya Vidyarthi Parishad (ABVP), BJP's student wing, for their alleged attacks on students and teachers in Ramjas College in New Delhi.

Another video of Kaur, whose father was killed in the Kargil War, had started doing the rounds where she holds several placards promoting peace between India and Pakistan, one of them reading as ‘Pakistan did not kill my dad, war killed him.’

Bollywood celebrities have largely condemned the rape threats and other forms of mockery that had ensued. 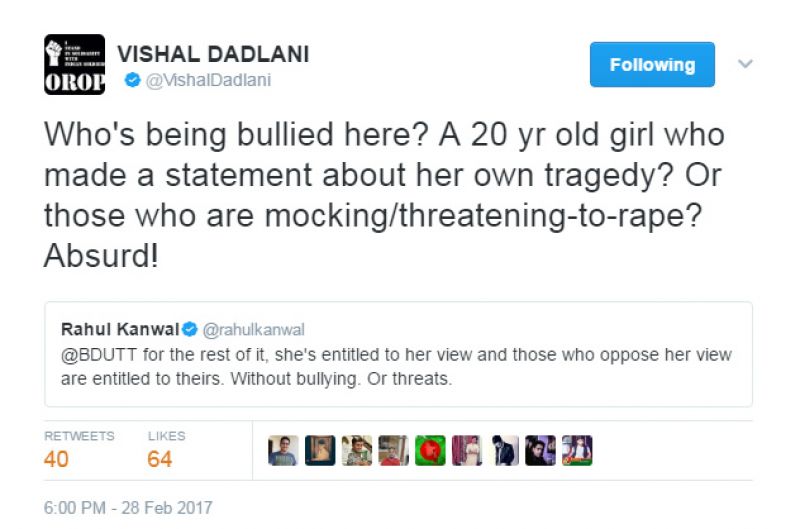 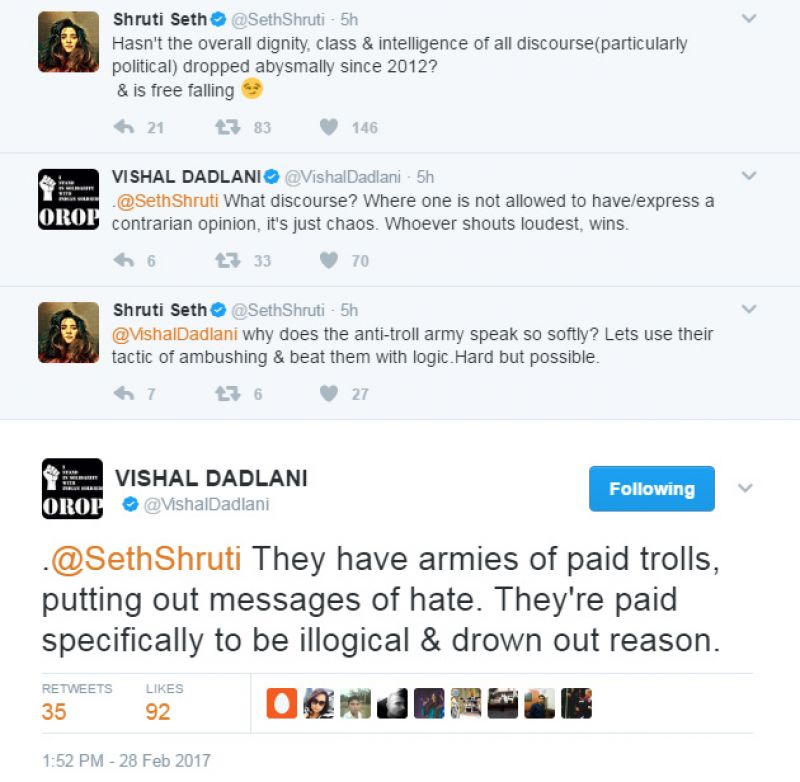 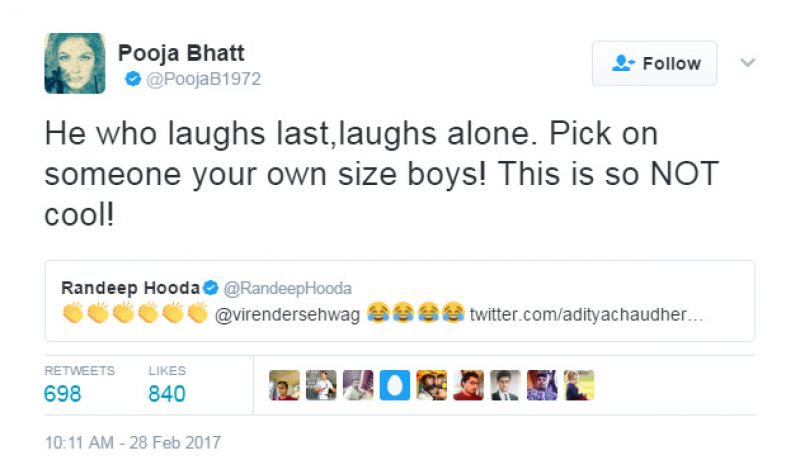 Randeep had also send out a statement today, saying he did not condone the rape threats the girl had been receiving, also stating him being responsible was unfair. 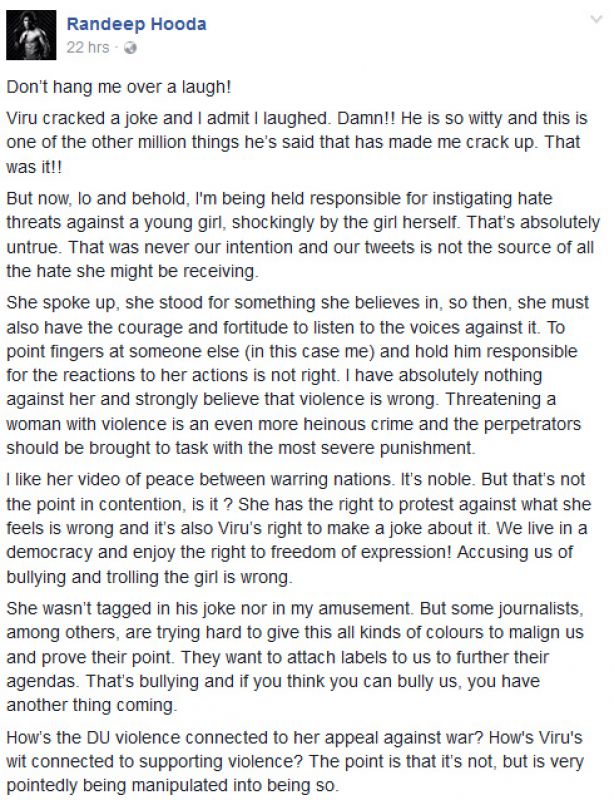 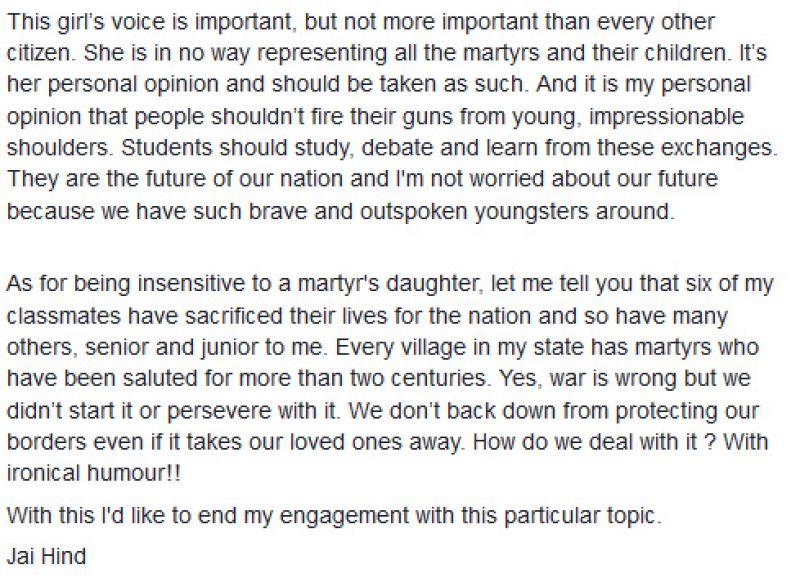