Mumbai: Lead actors of Sanjay Leela Bhansali's 'Padmavati' have finally broken their silence and reacted to the shameful act that took place on Friday where the film's set in Jaipur was vandalized by members of Rajput Karni Seva and the filmmaker was assaulted.

After leading lady expressed her shock and sorrow over the incidence, her male co-stars in 'Padmavati' expressed their grief over this unfortunate incident that has happened to their 'Sanjay sir'.

Ranveer Singh, who plays Alauddin Khilji, wrote, "As a team, we are making 'Padmavati' keeping in mind the sensitivities and emotions of the people of Rajasthan and the Rajput community. Sanjay Sir is one of the most accomplished & authentic filmmakers we have in India, & he won’t ever do anything to hurt anyone’s feelings. Whats happened is very unfortunate. We hope the people of Rajasthan will understand & empathise with our intentions & give us their support." 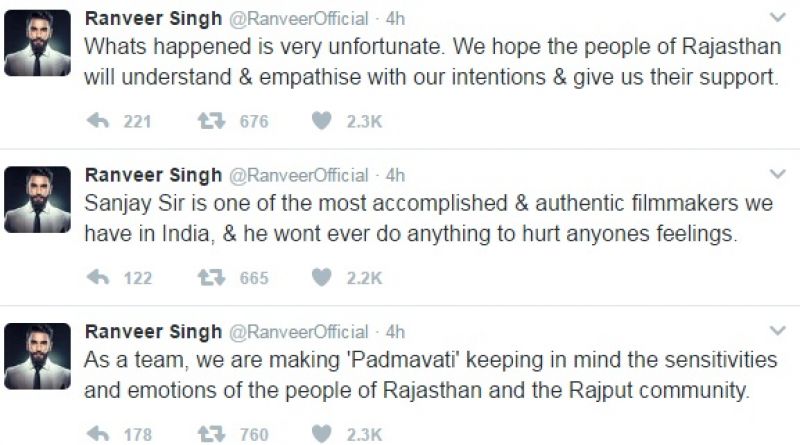 Shahid Kapoor, who regrets not being by the side of the ace filmmaker when the attack took place, tweeted: "Very very sad. Words do fall short and feel too little to express feelings. Violence is unacceptable. This incident has shocked me. We need to look deep within as a society, as a country, as a people. Where are we headed. Sanjay bhansali is a film maker who the country should be proud of. You will know when u see #padmavati the dignity he brings to it. And my only regret is that I wasn't by his side when this happened." 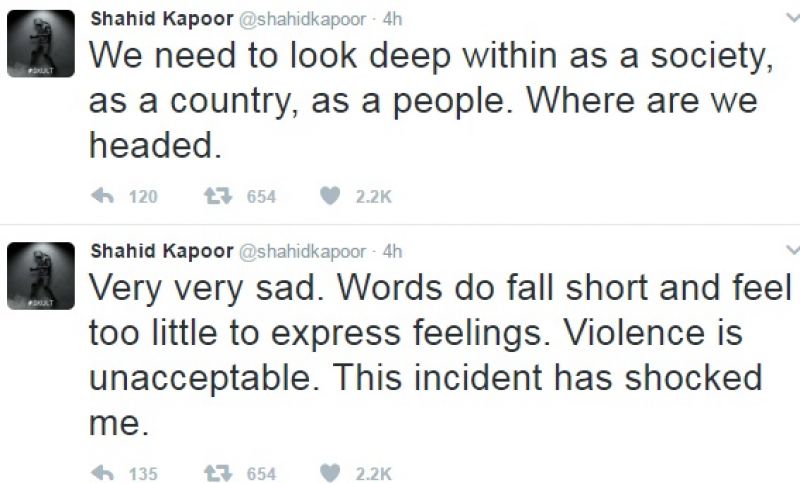 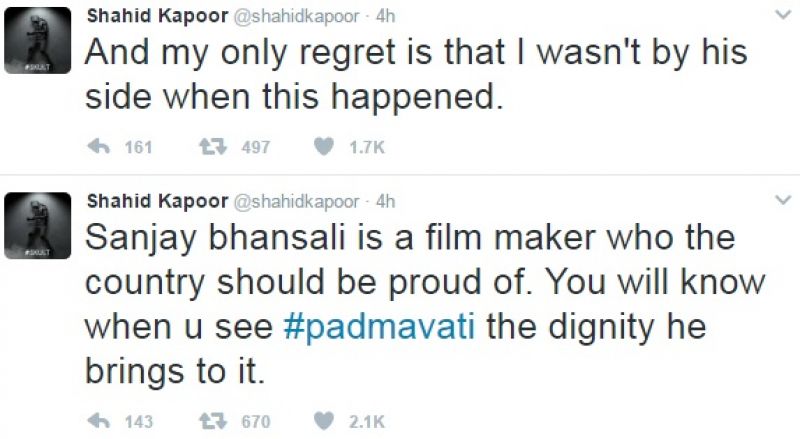