Mumbai: The grand Virat Kohli and Anushka Sharma marriage concluded in grand style with the wedding reception held in Mumbai on Tuesday.

The couple looked their stunning best at the event, the actress in a beautiful lehenga and the cricketer in a stylish bandhgala.

From Amitabh Bachchan to Bhumi Pednekar, the function saw the who’s who of Bollywood turning up to wish the couple.

After the couple’s dance videos with cricketers and Punjabi singer Gurdas Maan at their Delhi reception went viral, several moments from the Mumbai reception have also become the talk of the town.

SRK performing Bhangra and dancing to his popular hit ‘Chaiyya Chaiyya’ with Virat were some of the moments going viral.

And now, a video of Shah Rukh singing a poem from his film with Anushka, ‘Jab Tak Hai Jaan’ is also making headlines.

Placing hands on Virat’s shoulder as he faces Anushka, SRK is seen reciting the poem, as if narrating it on the cricketer’s behalf. “Teri zulfon ki leharaati angdaiyaan, nahi bhoolunga main,” he says.

But what was interesting was how the witty superstar tweaks the lyrics to ‘Jab Tak Hai Khan’ instead of ‘Jab Tak Hai Jaan’ before correcting himself, following which the actress kisses her husband.

The love between @imVkohli - @AnushkaSharma is so adorable! 😍

Even Ranbir Kapoor had a new take on the famous ‘friendzone’ pose he shared with Anushka during the promotions of ‘Ae Dil Hai Mushkil.’ 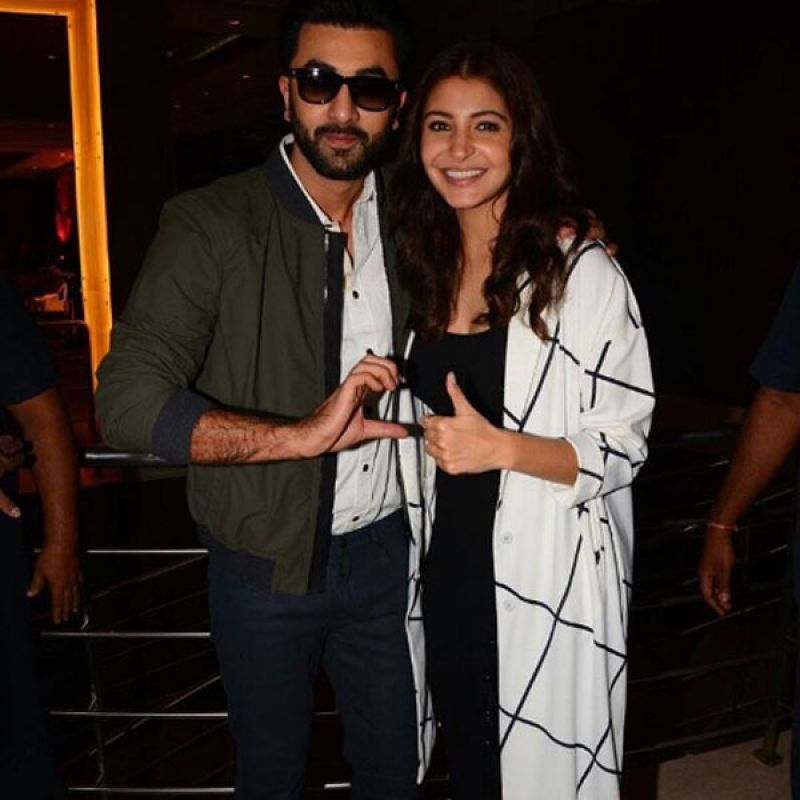 The only difference being Virat also made the heart sign along with Ranbir while Anushka gives a thumbs up to the full heart this time and not the half one. 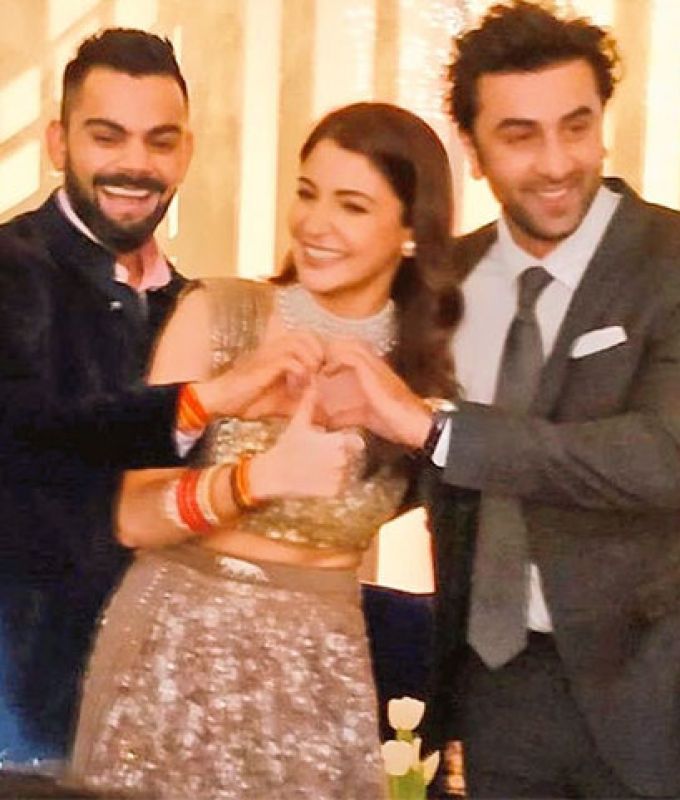 For the unversed, Virat and Anushka tied the knot in a private ceremony in Italy on December 11, after four years of courtship, starting off from an advertisement shoot.

The couple will now head to South Africa for the cricketer’s series, while the actress will return in the first week of January to work on her film projects.