Sushant Singh Rajput established himself in a big way with ‘M. S. Dhoni: The Untold Story’. The film was critically acclaimed and went on to become a success at the box office, being Sushant’s first film to enter the 100-crore club.

Sushant has already won a critics’ choice award for his performance and is also in contention to win other awards when the awards season kicks off next year.

While Sushant would be pleased with the award, he has also received something which perhaps would be more valuable for him. Amitabh Bachchan is impressed by Sushant’s performance in the film and sent him a bouquet and letter appreciating his performance.

Sushant took to Twitter to convey his gratitude towards Bachchan along with the picture of the letter and the bouquet. 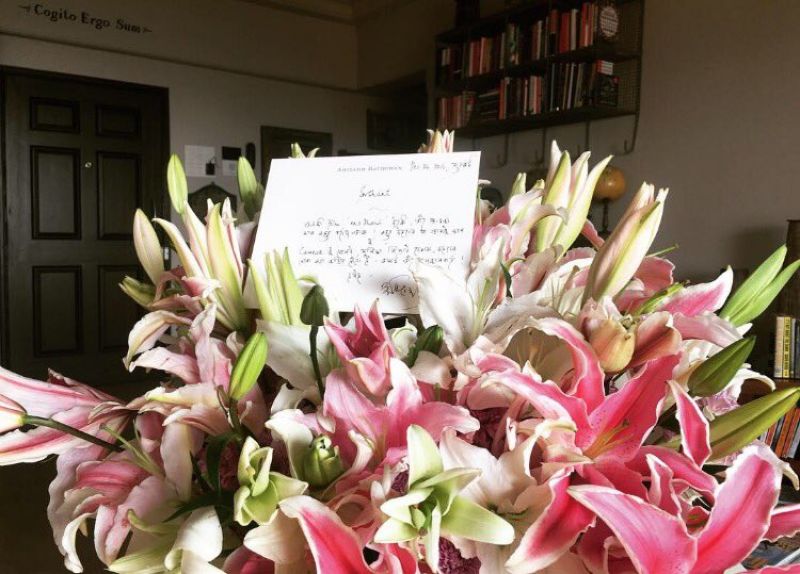 Bachchan has previously appreciated other actors with similar appreciation, like Randeep Hooda for 'Sarbjit' and Ranveer Singh for 'Bajirao Mastani' among others and we all know it doesn't happen that frequently. That is that what would make this all the more special for Sushant.