While Sonam flashes her adorable pearlies, Anand seems too smitten by his lady, pouting up endearingly. (Source: Snapchat)

Mumbai:  Sonam Kapoor has been ever so subtle and taciturn about her relationships, so much so that except for the gossip mongers, no one serves for a credible enough source.

The actress, who's previously been rumoured to have dated director Punit Malhotra and even Ranbir Kapoor, is currently going strong with Delhi-based businessman Anand Ahuja.

The actress has often been seen wearing clothes of his label, and Anand himself has holidayed with the 'Neerja' actress and even interacted with her extended family.

The handsome man also attended Anil Kapoor's 60th birthday bash in London and was snapped having a helluva time.

There also has surfaced a snapchat picture of the gorgeous duo, goofing around. 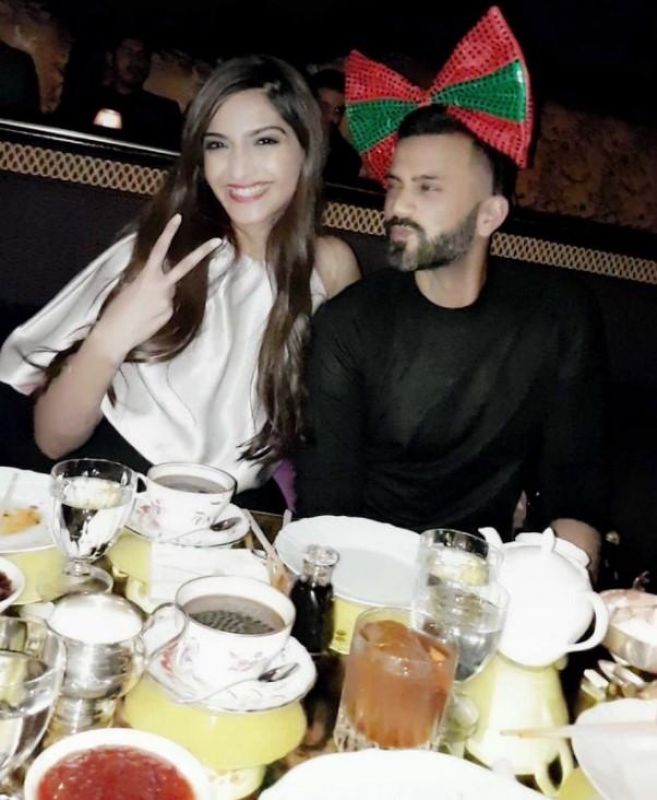 While Sonam flashes her adorable pearlies, Anand seems too smitten by his lady, pouting up endearingly.

One must admit, they make for a top-class couple.

Recently, Sonam had posted a picture of her holidaying in the States which had raised eyebrows. In the picture Sonam was seen wearing a white coloured dress teamed with a denim jacket over her shoulders. When her friends enquired about that jacket, she said it is Anand’s.

With his presence at such a private affair of the Kapoor's, and rumours of an impending marriage doing the rounds, we guess things are pretty much official now.