Football on Ranbir’s mind as he watches his team win with mom, plays with Ranveer

Mumbai: Ranbir Kapoor might be known for his acting chops, but his football skills also generate enough buzz.

His love for club Barcelona or exploits on the football field in celebrity matches against Virat Kohli’s cricket team are well-known, and the actor translated his love for the sport by buying a football club Mumbai City.

The latest season of the Indian Super League has kicked off and his team began their campaign with a victory on Saturday.

His mother, actress Neetu Kapoor was also present and even posted a selfie with Ranbir on Instagram, expressing her delight.

On Sunday, the actor also stepped out for his customary football sessions at a Bandra football ground, where regular celebrities like Armaan Jain, Kartik Aaryan, Raj Kundra, among others were present. But what was interesting was the presence of Ranveer Singh. 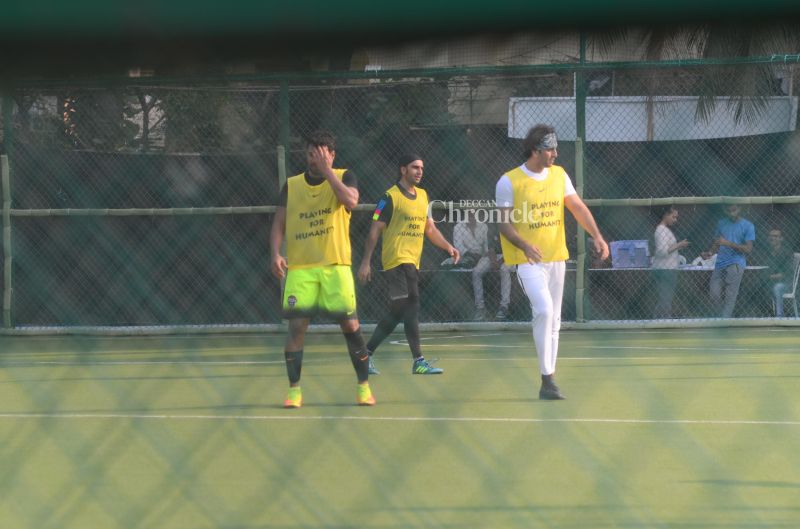 The two actors were earlier pitted against each other over their respective relationships with Deepika Padukone.

However, with their recent football session, they have again proved that they don’t share any cold vibes. Previously as well, they had made a joint appearance on Karan Johar’s ‘Koffee with Karan’ and even posed with Deepika during ‘Tamasha’ promotions.

On the professional front, Ranbir is currently prepping for Sanjay Dutt biopic, while Ranveer will kick off shoot of ‘Gully Boy’ amid uncertainty over ‘Padmavati’ release.