Foes-turned-friends, Shah Rukh Khan and Salman's bromance has no end.

Mumbai: Shah Rukh Khan and Alia Bhatt's latest film 'Dear Zindagi' released on Friday. The film, which opened to mix reviews, was received with an open heart by the B-Town.

Gauri Shinde's film even gave foes-turned-friends, Salman and Shah Rukh Khan another reason to get indulged in some bromance on Twitter. On the anti-obesity day, Salman Khan showed support to SRK's film and urged his fans to go watch it.

"Enjoy #DearZindagi @aliaa08 @iamsrk on anti obesity day. #Indiafightsobesity @DrMuffi I am in! Are you? B wise 2 B healthy and wealthy," he wrote and shared a picture of his chiseled body. 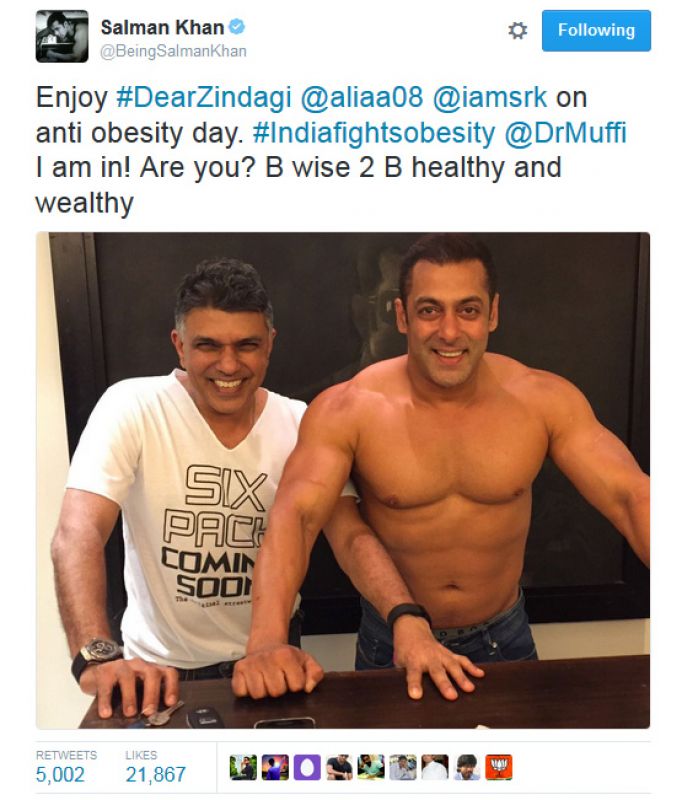 Soon enough, Shah Rukh replied to Salman's tweet by writing, "@BeingSalmanKhan will come over & do a workout before the biryani!" 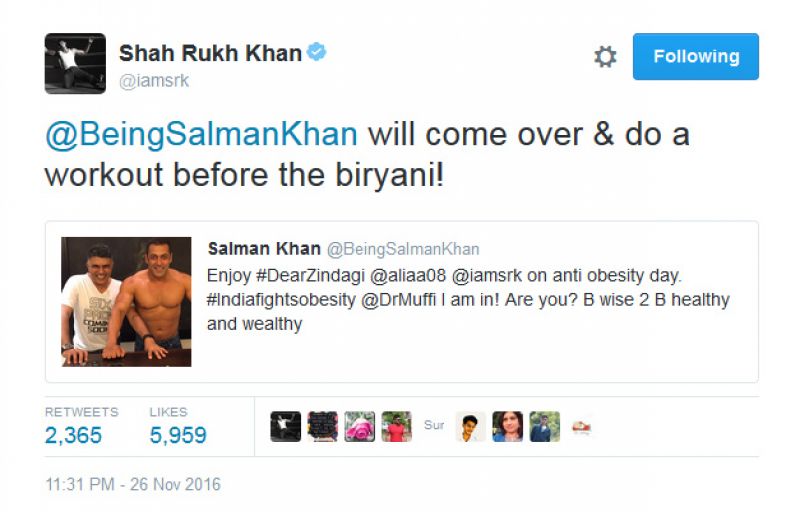 Well, it's not unfair to say that the two Khans of Bollywood have a lot of love for each other. The film also stars Alia Bhatt, who thanked Salman Khan for the mention. 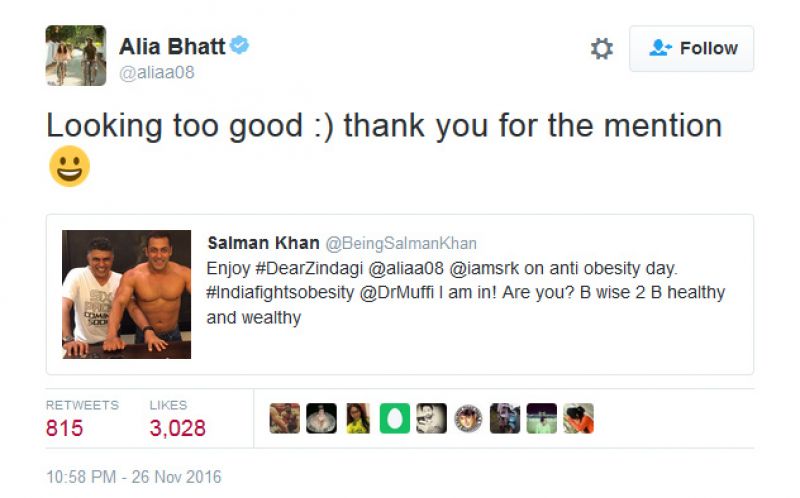