After lifting a bike in Force, John Abraham lifts a 1580 kg car in Force 2

John in a still from the iconic 'bike-lift' scene from 'Force'..

Mumbai: John Abraham has been redefining the realms of conventional Indian movie action since a few years now. The actor, who’s been pushing boundaries with every passing action film, might just have upped it a tad too high.

The actor, whose iconic ‘bike-lift’ from ‘Force’ still gives fans some serious adrenaline kick, as per a Mumbai Mirror report, has lifted a mind-boggling 1580 kgs heavy Mercedes Benz in the film’s upcoming sequel, ‘Force 2’.

"When John lifted the bike, it became a talking point even though many claimed that it was a tweaked shot carried out with trick photography. But he proved all of the sceptics wrong by lifting the bike at a press conference during the film's promotions. When we were discussing 'Force 2,' John himself came up with the idea of lifting a car, as the plan was to make the sequel bigger and better than the original," Vipul Amritlal Shah, director of the first instalment, is quoted to have said. 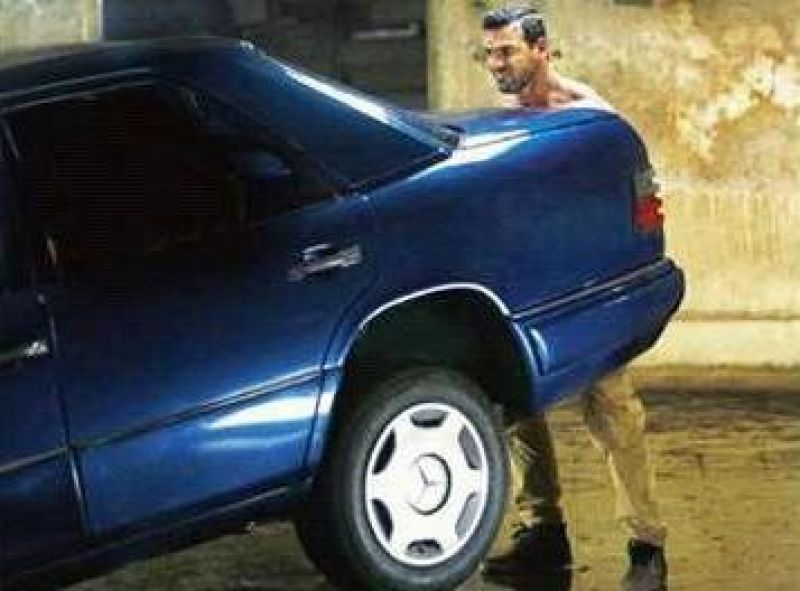 The filmmaker, however, does admit that this time round, the actor did need help, unlike the previous time when he had actually lifted the bike, since it’s humanely implausible to lift an object that heavy. The ‘Namastey London’ filmmaker however posited that the actor, nevertheless, should be applauded for his efforts.

"Obviously, one can't lift a car completely on their own. But John worked extremely hard on the sequence. Most people can't even do one-tenth of what John has done in this film.Also, director Abhinay Deo has executed the sequence well," he asserted, adding, "He began prepping up by working out in the gym for six-seven hours every day and keeping a close watch on his diet four-five months before we began shooting. However, it was tricky as he hadn't been able to go to the gym after the accident and so he had to start gaining weight from scratch. He has done a commendable job."

The first theatrical trailer of ‘Force 2’ is scheduled to release with ‘MS Dhoni: The Untold Story,’ this Friday.