As promotional events for Dhadak gain momentum, the crowds gawking at the pair of debutants are only getting more excitable and more aggressive. In the midst of the chaos, it’s clear how protective Ishaan is of his leading lady. His dedication to keeping Janhvi Kapoor out of harm’s way warms the heart.

At a recent event held at a mall in Mumbai, when the crowd surged and people began posing inappropriately to take selfies with Janhvi, Ishaan immediately jumped in and formed a barrier between her and the crowd, making sure that they were not offended, and she was safe. 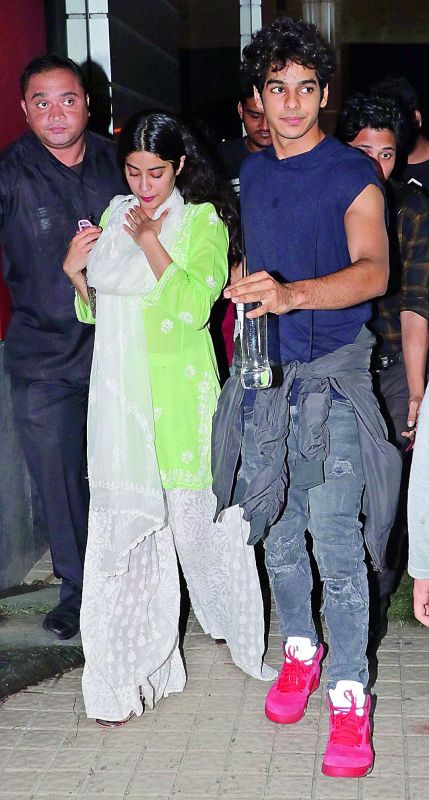 Says a prominent member of the Dhadak team, “Who says chivalry is dead? Ishaan goes all-out to ensure that Janhvi is safe and comfortable in public places. There’s something special about his adoration and devotion. Ishaan has been brought up well, and his mother (actress Neelima Azim) has taught him to always respect women. She has also told him to be extra careful about Janhvi, who has recently lost her mother. Maybe Ishaan is equally protective of all his co-stars. But we feel there’s something special here.”