Ranbir and Katrina on the sets of 'Jagga Jasoos'. Photo: RanbirKapoor.net/Twitter

Mumbai: Ranbir Kapoor and Katrina Kaif recently wrapped up the Moroccan schedule of their upcoming film 'Jagga Jasoos' directed by Anurag Basu. Several pictures of the two along with their body doubles have surfaced online. 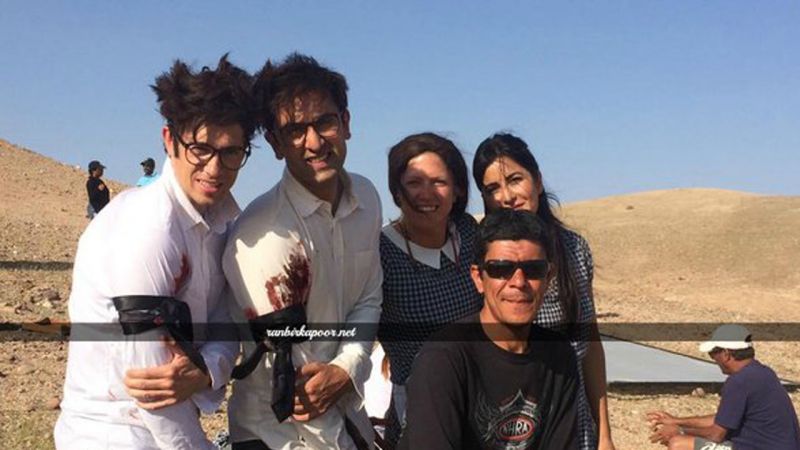 Going by the picture, Ranbir and his body double were shooting for a fight sequence as the two are tending to an injured arm. Katrina and her stand-in are seen standing pretty, donning identical chequered dresses. 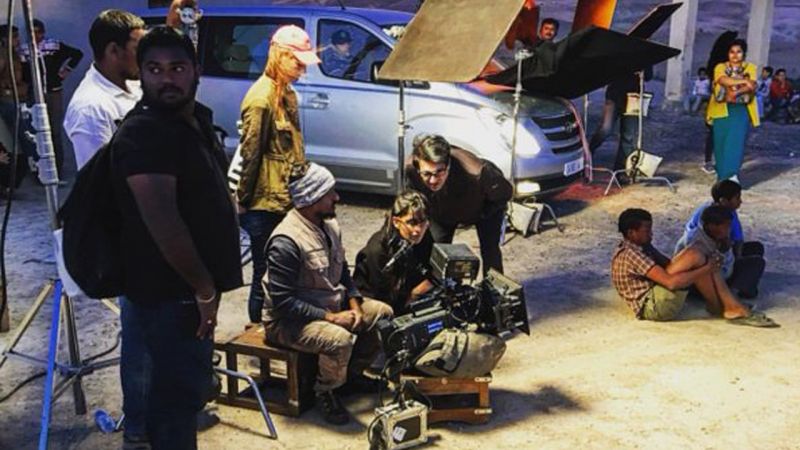 Recently, Ranbir had spoken about the film, "With Jagga Jasoos, Anurag Basu is trying to bring in a new genre of films to Bollywood. And it’s very interesting for me as an actor to play a young detective who stammers and is on his way to find his stepfather. It’s on the landscape of an adventure film like Indiana Jones or Tintin." 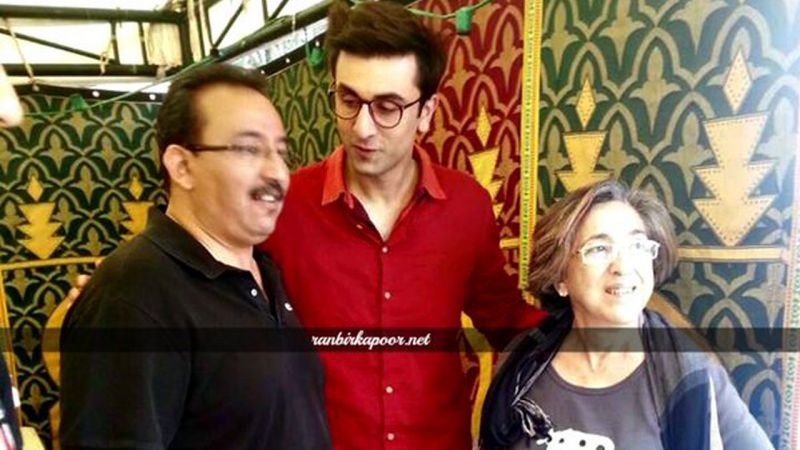