Mumbai: Karan Johar and SS Rajamouli had planned for a grand premiere for their film ‘Baahubali 2: The Conclusion’ on Thursday evening.

As a mark of respect to the actor, Karan and SS Rajamouli decided to cancel the premiere, for which they had built a huge and lavish set a suburban theatre.

Take a look at the set built for the premiere: 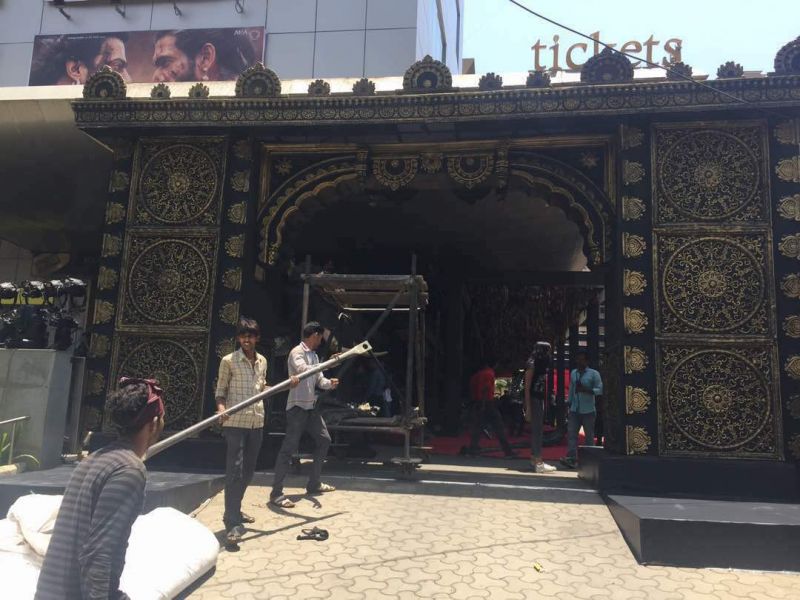 He had earlier tweeted in the day, “As a mark of respect to our beloved Vinod Khanna the entire team of Baahubali has decided to cancel the premiere tonight...”

Speaking about taking this decision, filmmaker Karan Johar said, “Had my father (Yash Johar) been alive, he would have done the same thing.”

That’s very thoughtful and respectful of the makers to take such a decision.

■Vinod Khanna: An artist who never got his due
■Will remember Vinod Khanna as popular actor, dedicated leader: Modi
■Celebrities mourn the demise of legend Vinod Khanna