Mumbai: Ram Gopal Varma’s political drama ‘Sarkar 3’ is all set to release on April 7 but the Director is making headlines for his controversial statements  on micro-blogging site ‘Twitter’ and the subsequent feuds with celebrities.

His recent target is South Indian superstar Pawan Kalytan, whose latest release ‘Katamarayudu’ has garnered high praise from everyone and declared a commercial success as well.

In a series of bizarrely cryptic tweets, RGV has criticised the actor and even compared him to notorious Roman emperor Nero.

This is not the first time the two of them have exchanged sharp words. Earlier this year, RGV had lashed out at Pawan Kalyan over political matters, to which the Megastar replied, “I will speak about Ram Gopal Varma once and for all and put an end to this. He is a 50-year-old guy with a daughter who got recently married. Why would I listen to a man who says he collects pornographic films at this age? He talks good and ill about me. There is nothing more I want to say about him,” Pawan had said at a press conference. 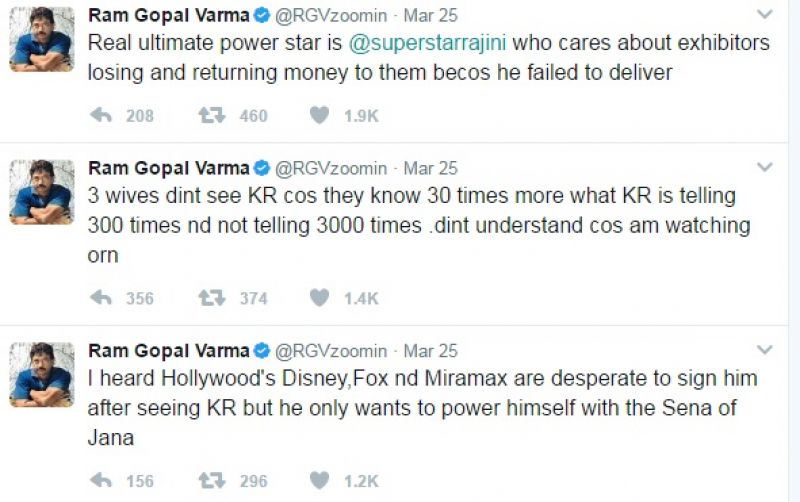 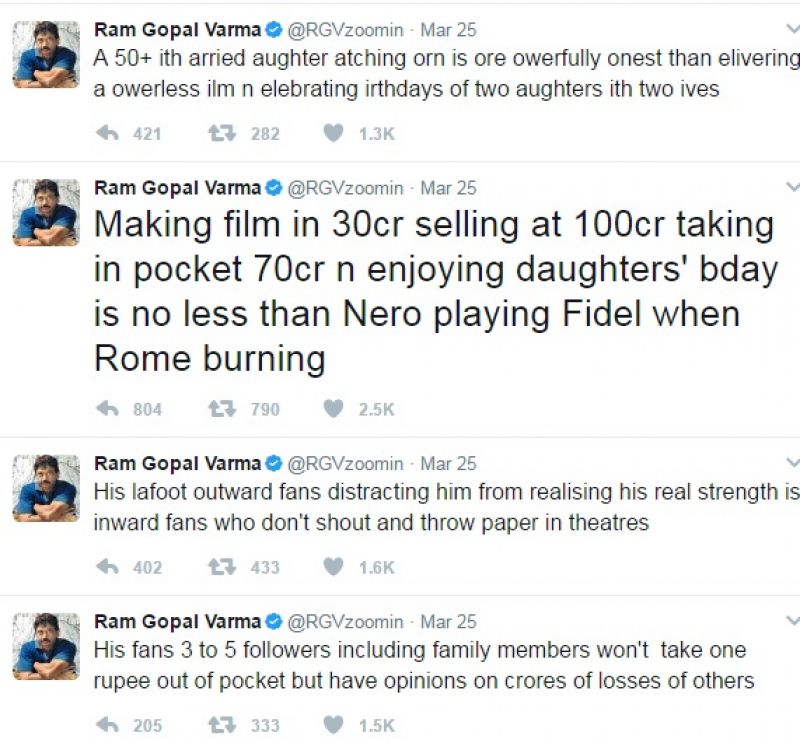 Meanwhile, ‘Katamarayudu’ has reportedly earned 55 Cr on the opening day and is believed to cross 100 Cr mark in the days to come.

■Exclusive: RGV reveals how he learnt test-runs from Aamir during Rangeela
■RGV spoke about my son, does not mean I will go and fight with him: Jackie Shroff
■RGV's sexist tweet: Women's organisation wants Sarkar 3 boycotted
■Exclusive: Sarkar is not based on Bal Thackeray, only inspired by him, says RGV
■Choose your words wisely: Sunny Leone on RGV’s controversial tweet on her
■Tiger Shroff reacts to RGV's controversial International Women's Day tweets
■Sonam Kapoor thinks RGV not liking Tiger Shroff is a good sign. Here is why!
■Film association to boycott RGV for sexist Women's Day comment on Sunny Leone