Pic: Ranbir Kpaoor shooting for Jagga Jasoos, filming not over yet?

Ranbir Kapoor shooting for a scene from 'Jagga Jasoos'. This photograph has gone viral on the Internet.

Mumbai: Ranbir Kapoor has beefed up for Rajkumar Hirani’s biopic on Sanjay Dutt’s life and so when this picture of the actor shooting for what looks likes a school scene from his other movie ‘Jagga Jasoos’ surfaced, it took everyone by surprise for ‘Jagga…’ was supposed to be ready for release.

In this picture Ranbir can be seen in a Scout uniform with other uniformed kids standing around him. 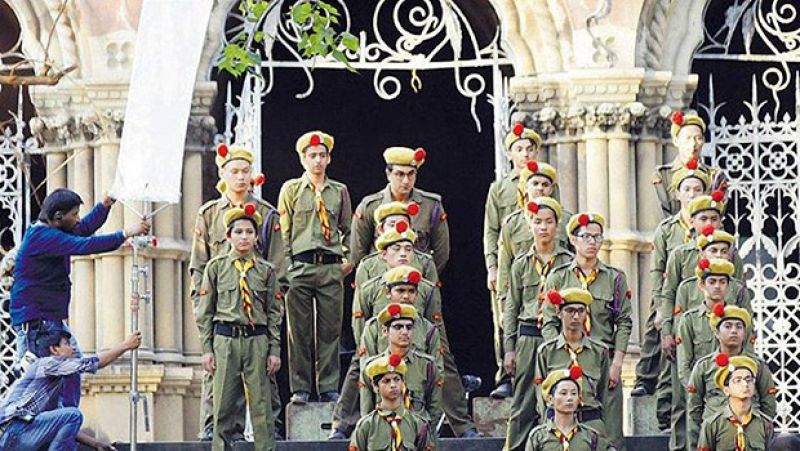 Now the question is, has director Anurag Basu delayed the film’s release because the lead pair- Ranbir Kapoor and his rumoured ex-girlfriend Katrina Kaif- is not done filming yet? Earlier, Basu had said that they were contemplating to push the release date further as board exams were then approaching and ‘Jagga Jasoos’ is a family film.

The trailer of the film, which released a couple of months back, has a very quirky feel to it and has been received well. ‘Jagga Jasoos’ is a detective-romcom film that has been co-produced by Kapoor himself. Reports of Katrina refusing to promote the film with rumoured ex Ranbir were also doing the rounds. It is believed that Basu had to intervene and request them to keep their differences aside and come together for the sake of this film.

Looking at this picture, we wonder if the film’s shoot is complete yet and delaying the release is just a way for Basu to buy more time?!