Mumbai: Ajay Devgn and Salman Khan share a great camaraderie. The 'Sultan' star surprised his friend by visiting the sets of his upcoming movie ‘Baadshaho’ helmed by Milan Luthria.

Salman, who is currently in Jodhpur to record his statements in the blackbuck poaching case, took his time out to meet Ajay on the sets of the film.

Not very long ago, we reported that Ajay had sent an emotional letter on finding out his friend is co-producing a movie with a storyline similar as his. But it seems, both actors have sorted out their issues as it's clearly seen in the picture shared by Milan on social media. Both Salman and Ajay have happily posed for the picture. 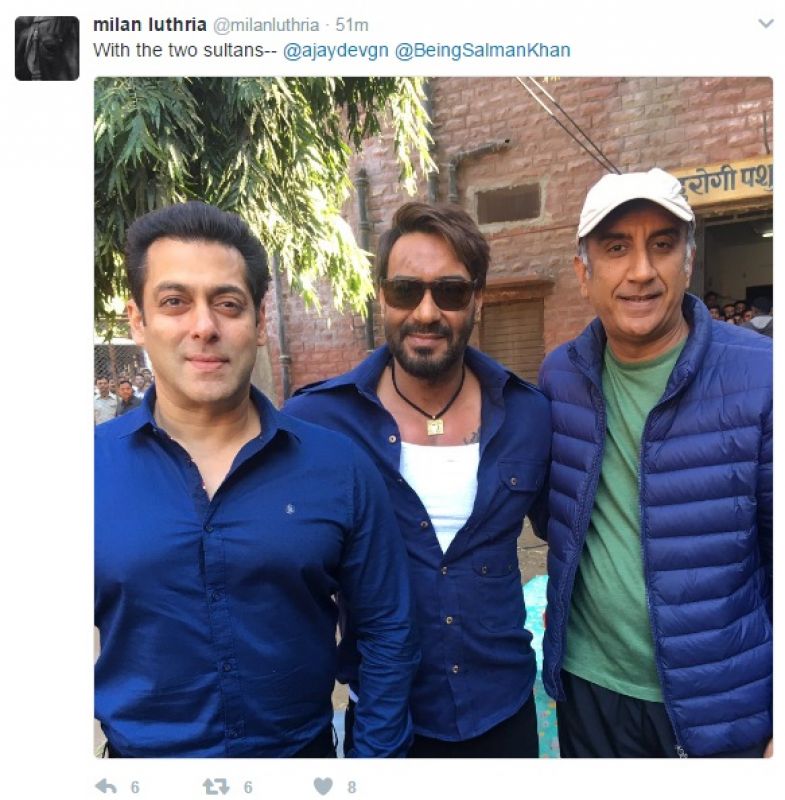 The film will see the hit trio of Ajay, Luthria and Emraan Hashmi from ‘Once Upon A Time in Mumbaai’ together after 6 years. It also stars Esha Gupta and Ileana D'Cruz in pivotal roles.