Big B, Varun, Raveena pay tribute to 26/11 victims and martyrs on anniversary

Mumbai: Bollywood celebrities paid tribute to the martyrs and victims of the 26/11 terror attacks in Mumbai, on the fateful day's anniversary.

On November 26, 2008, 10 Pakistani terrorists arrived by sea route and opened fire indiscriminately at people killing 166, including 18 security personnel, and injuring several others, besides damaging property worth crores.

The attack had begun on 26 November and lasted until 29 November. Chhatrapati Shivaji Terminus, the Oberoi Trident, the Taj Mahal Palace & Tower, Leopold Cafe, Cama Hospital, the Nariman House Jewish community centre were some of the places targeted by the terrorists.

Ajmal Kasab was the only terrorist who was captured alive. He was hanged four years later on November 21, 2012.

Check out the tweets here: 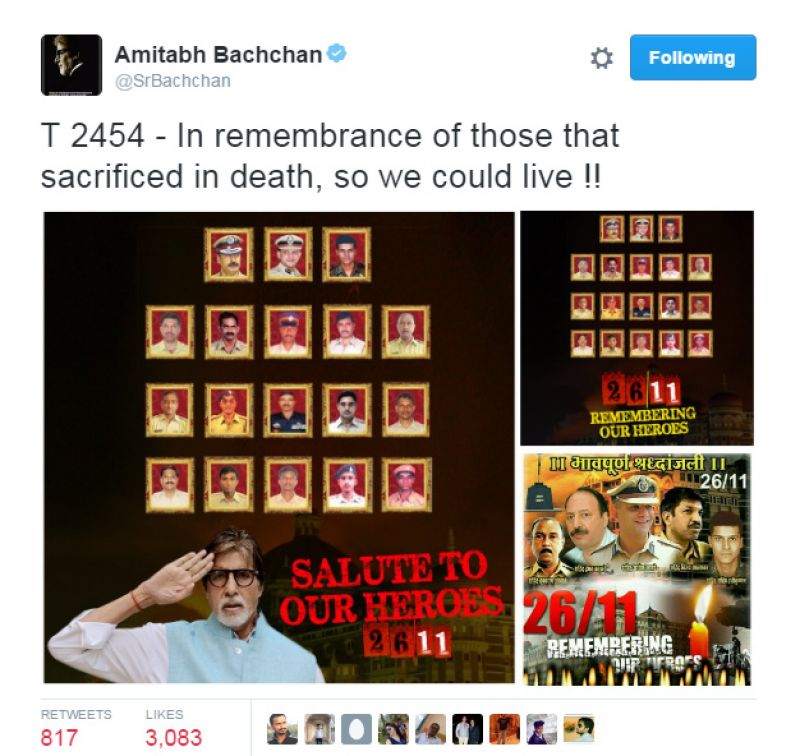 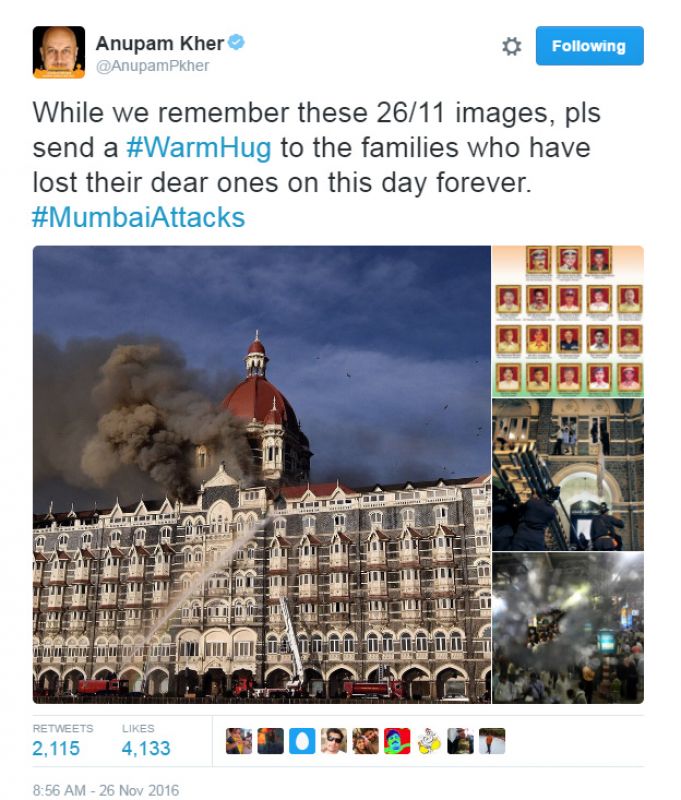 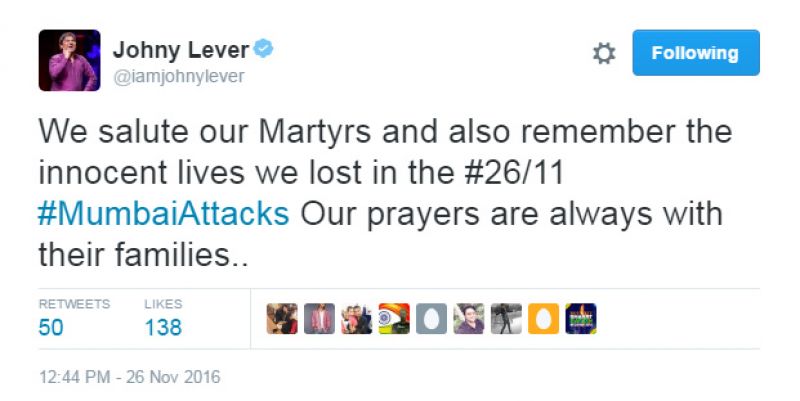