Rajinikanth, Amy Jackson and Akshay Kumar in the new 2.0 poster

Rajinikanth-Akshay Kumar starrer 2.0 might be called the sequel to Enthiran but the story follows a brand new plot.

Mumbai: Megastar Rajinikath and Akshay Kumar starrer 2.0 is all set for the grand audio launch at Burj Park, Dubai. AR Rahman is expected to perform live at the event. There is absolutely so much excitement about the grandest event of 2017. Just when things could not get more exciting, the makers of 2.0 have released a new poster. It stars our beloved Rajinikanth as robot, his character, Chitti alongside Amy Jackson and the glimpse of Akshay Kumar who is playing an antagonist in the film. 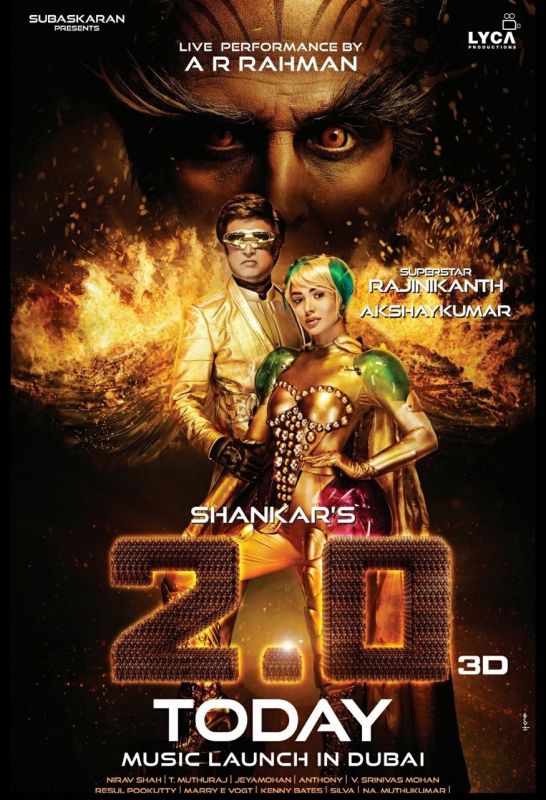 Yesterday, the makers released solo poster of Rajinikanth as Chitti. While the superstar is looking cute as Chitti, you can also spot some unusual instruments that make you more curious about this sci-fi fantasy. 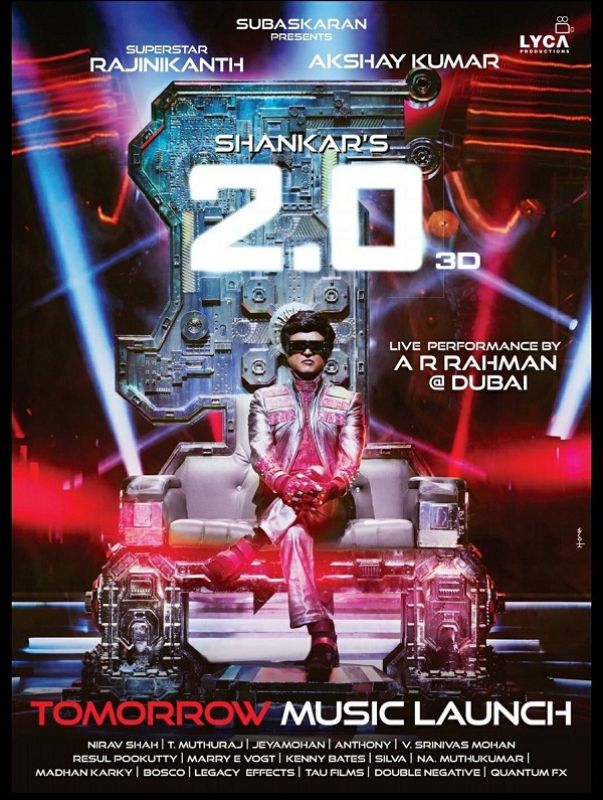 Rajinikanth in the solo poster of 2.0

The makers have spent a whopping RS 15 crore on the audio launch alone. The audio launch in Dubai will be followed by a teaser in November and after that the makers will unveil the trailer in December.

2.0 might be called the sequel to Enthiran but the story follows a brand new plot. This movie will witness a crazy showdown between Rajinikanth and Akshay Kumar. The film also stars Amy jackson who is playing a dorid. The head of Lyca Productions has promised action sequences of Hollywood standards. It will be released in a special 3D format. The movie is set for a grand release on Republic weekend in 2018.

■A lot of hype around the 2.0 audio launch
■Akshay Kumar modulates voice for 2.0
■Rajini-Akshay Kumar’s 2.0 is set for audio launch on October 27
■2.0 wrapped up!
■Clash averted: Rajinikanth-Akshay's 2.0 to arrive solo as Aiyaary gets postponed
■Bixby 2.0 is a marketplace for intelligence: Samsung