Mumbai: Only few days back we brought to you a cute selfie of Arjun Kapoor from the ghats of Pushkar lake and now we got our hands on a new behind the scenes candid shot of the actor with his co-star Shraddha Kapoor.

The two were snapped while shooting their much awaited film 'Half Girlfriend'. 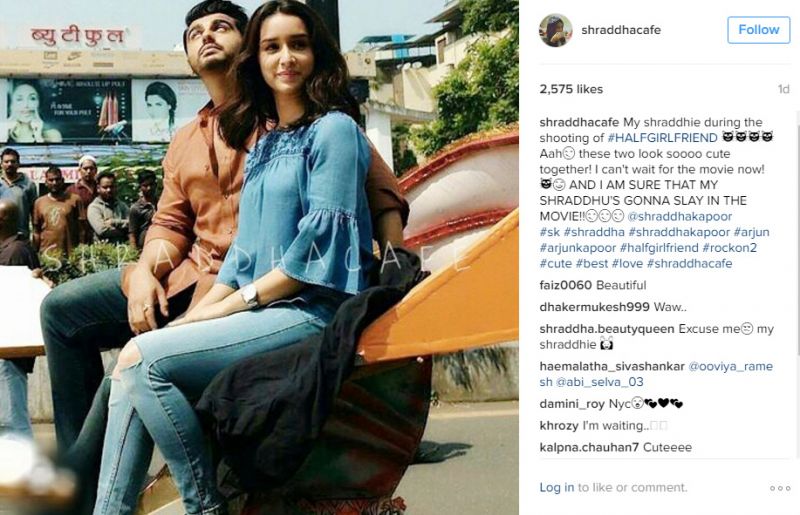 The film, based on Chetan Bhagat's novel of the same name, has the author as one of the producers on the project. Arjun also divulged that Chetan was very cooperative, refraining from interfering with the making.

"The best part about Chetan is he is non-interfering. He has never once come and told us that 'I feel it should be this way and not that'. He is very collaborative. He takes a back seat and has allowed us to take his material and make it our own. It's been a very good collaborative experience," Arjun had earlier said at an event.